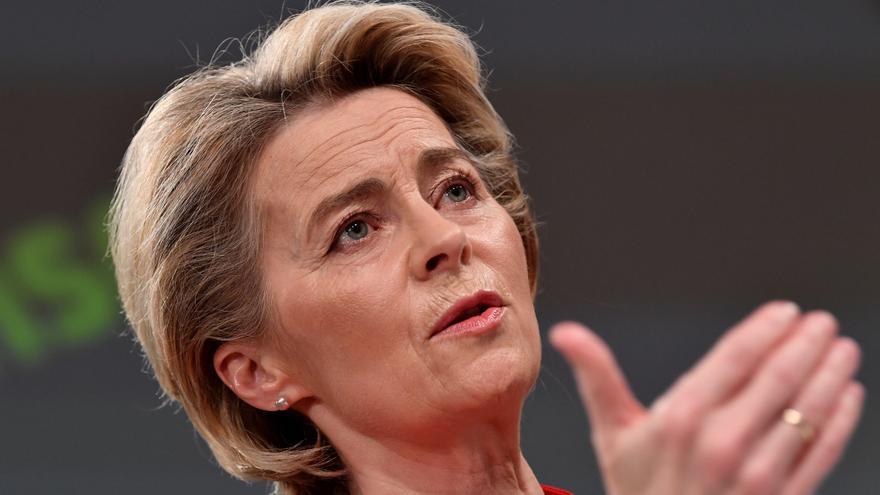 More Pfizer on the problems with Janssen and AstraZeneca. The European Commission is turning to the manufacturer that, so far, is better complying with deliveries and, in addition, is avoiding the problems of thrombi detected in the other two vaccines. What is the difference? The technology used. Pfizer / Biontech’s is messenger RNA – like Moderna’s – while the other two are based on adenoviruses as a viral vector, like the Russian Sputnik V.

Thus, the president of the European Commission, Ursula von der Leyen, has appeared, without questions, this Wednesday 24 hours after the suspension of the distribution of Janssen vaccines due to cases of thrombi in the United States. The Johnson & Johnson laboratory has committed 55 million single-dose vaccines this second quarter of 2021. “The pandemic is a threat. The sooner we reach 70% of the population, the more likely we are to contain the virus,” said Ursula von der Leyen, who has given the data that this Wednesday they have reached “100 million vaccinated in the EU, a quarter with two doses.”

Of course, the president of the Community Executive has acknowledged that this Tuesday’s announcement by Janssen “may alter” the rate of vaccinations. “It is important to act and anticipate,” he said, “and do everything in our power.” Thus, it has announced an agreement with Pfizer “to, again, accelerate the delivery”, in this case of “50 million additional doses from April”. Of those 50 million, about 5 million will reach Spain.

“We have to focus on technologies that are working, messenger RNA vaccines are a clear example,” said Von der Leyen to the detriment of Janssen and AstraZeneca: “We are negotiating with Pfizer a third contract for 1.8 billion doses for 2021-2023 “.

This Tuesday Janssen has paralyzed its distribution, and with it the arrival of 55 million doses to the EU, essential for Europe to have 70% of its population immunized in summer. It does so while the United States reviews six cases of thrombi among its 6.8 million administered doses, looking for if there really is a link, why it is due and how the ailment should be treated. The EU expected 360 million vaccines by the second quarter of 2021: Pfizer, 200 million; Janssen, 55 million single doses; AstraZeneca, 70 million (instead of the 180 agreed); and Moderna, 35 million.

In this context, the EMA has indicated this Tuesday that “last week a review of a ‘safety signal’ began to evaluate cases of embolisms and thrombi, resulting in obstruction of blood vessels, in people who had been vaccinated with Janssen” . For this evaluation, “the EMA safety committee (PRAC) is investigating all detected cases and will decide if any regulatory action is necessary.” “It is not clear at this time if there is a causal association between Janssen vaccination and these cases,” the EMA said. They are “in contact with the FDA and other international regulators on this matter and will communicate the results of their evaluation when it is complete.”