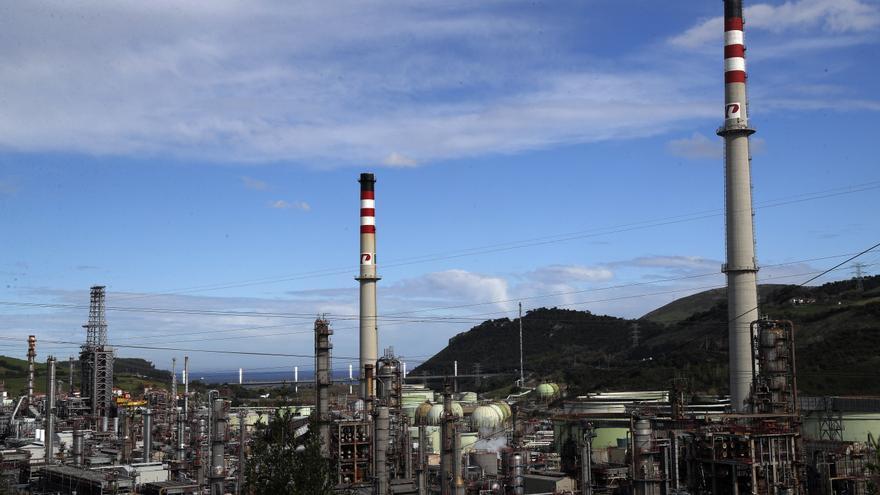 in extremis and thanks to a document found at the last minute in the Government archives, Petronor, a subsidiary of Repsol, will be able to solve the case of its petroleum coke factory installed without a permit on the coast with a minor offense that carries a fine of 60,000 euros and the return of three million profits, according to a resolution of the Directorate of Coasts to which elDiario.es has had access. Before that document appeared, which prescribes serious sanctions, the request for a sanction was 200 million euros.

It is not that there were not attempts and actions for the Government to initiate a process for possible infractions long before a statute of limitations approached. The Meatzaldea association asked the Ministry of the Environment –directed by Miguel Arias Cañete (PP)– to open a file on November 22, 2012. There was only silence. So the process did not begin until nine years later and by obligation of the National Court. In view of what Costas resolved, it was too late.

Nor is it that the facilities that occupy part of the Barbadun estuary (Bizkaia) have gone unnoticed. In fact they were advertised by the company as "the largest industrial investment in the history of the Basque Country". Moreover, Petronor reported that the project had been financed with public money from the Ministry of Industry and Tourism and the European Investment Bank.

In summary: a combination of abandonment of functions, administrative silence, judicial delays and procedural strategies have allowed Repsol's subsidiary oil company to have avoided, for the time being, almost all the punishment for the unauthorized occupation of 46,000 square meters of public domain. The delay has allowed, in the end, that this document took effect and made it possible for the most serious offenses to expire, according to the Ecological Transition resolution.

The Ministry has resolved this February the file against Petronor opened a year ago by order of the National High Court in a 2018 ruling, which needed to issue an order in November 2020 for its ruling to be executed.

Proven according to the resolution of the Ministry, is that the company built a fossil fuel factory without authorization occupying the Maritime-Terrestrial Public Domain, that is, the Barbadun estuary in Muskiz (Bizkaia). Petronor executed the works "without the mandatory title to be granted by this Administration, which has not been refuted by the allegedly infringing Company", writes the Department of Coasts on November 10, 2021.

However, the sanction proposal has gone from an initial 200 million to just over 60,000 euros. The final resolution of February 1 states that the most serious infractions have prescribed, that is, that the legal term to sanction has passed. Only a minor fault has survived. Costas asks for the return of six months' profits produced by a plant that has been officially operating since 2012. The resolution calculates that they are just over three million euros.

What happened so that the possible fine has been reduced by 99%? Well, at that time, in the Ministry of Ecological Transition they have found a letter that, they say, causes the prescription. Petronor had argued that the matter had expired, citing several dates to start the calculation of two years: 2007, 2013, 2015... depending on different procedures around the factory.

Along these lines, they also mentioned that they had notified that the factory started on April 2, 2012. There was, they argued, a document signed by the Basque Country Ministry of Industry on that date. The deadline to fine, they stated, had passed.

But the Ministry itself reported that this was not recorded. That there was no official communication that the factory had started to work. "There is no communication of the start date of the works or their completion once executed," the letter describes. And he stresses that it is "obvious to point out that this Administration [el Ministerio] It is not the signatory of the act". After all, it had been the Regional Ministry that stamped the seal.

So, for them, the information arrived on March 21, 2021. Hence, last year, Costas had decided to attribute two serious offenses to Petronor, whose fine was going to add up to those hundreds of millions.

What Ecological Transition is now saying is that they have reviewed the files and have found a document in whose attachments the minutes referred to by Petronor had been incorporated. "It has been possible to locate a document called the Petronor Facilities Project located in the maritime-terrestrial zone, dated April 3, 2018," the resolution describes. In that project, they say, there was "an annex 2" where that regional commissioning certificate appeared.

So, despite the fact that it is proven that the company built its factory on the Biscay coast without a license, since "they did not receive prior authorization" nor was there "subsequent legalization" and that doing this falls under the assumptions of infraction serious of the Law of Coasts, Petronor is saved thanks to the paper found almost on the horn.

The main actions occupied, therefore, without permission, at least 46,000 square meters of public domain, according to the record. The company has told elDiario.es that they even intend to appeal this resolution. Petronor considers that everything was done within the land on which they had a prior use permit. That the areas in which they have been operating for decades have become so degraded that "they have lost their natural characteristics." And that the administrations have known his actions and never told him anything. "And unless they suggested the concurrence of the slightest infraction."

The via crucis to reach this sanction, minimized by the prescription that has caused the passage of time, has been very long. Since Meatzaldea filed an appeal with the Ministry of Agriculture, Food and the Environment for this project in 2012, almost ten years have passed. First, the Government was silent in response. Administrative silence. So the association went to complain to the National Court in 2013. They asked that the sanctioning file be initiated.

The delays did not end there. An order executing the sentence had to be issued on November 23, 2020, which established that the central government should initiate the sanctioning file. So yes, the statute of limitations had arrived, as now analyzed by the Costas resolution. Even so, everything would still take another two months. Teresa Ribera's Ministry of Ecological Transition received the order on January 21, 2021. The sanctioning process finally began last February.

With that journey, at that time, according to what the Executive now affirms, the serious infractions had already prescribed: the deadline was April 2020.

This chapter is not the only one in which these Repsol-Petronor facilities on public domain land on the coast benefit at the last minute. In fact, the government authorization to occupy these lands granted in 1982 expired in 2012, but an agreement between the PSOE and the PNV to introduce andn a vote on December 21, 2010 an amendment attached to the Sustainable Economy Law modified the Hydrocarbons Law to prolong that authorization.

The change gave the right to refineries such as the Repsol-Petronor refinery in the Bizkaia estuary to extend the occupation of the public domain and maintain their activity. When that agreement was reached between the Socialists and the Basque Nationalist Party, the previous president of the PNV, Josu Jon Imaz, was already serving as executive president of Petronor and director of Repsol's New Energies Unit. On April 30, 2014, he was elected CEO of the oil company.

"We will appeal and we will win, but it is slow," says Sara Begoña Ibáñez, from the Meatzaldea association, who explains that what they want is for the factory to be dismantled. "It's the right thing to do and the legal thing to do," she says. The Ministry states that the possible "restitution measures" of the environment are postponed until the company's request for legalization of the works is resolved. The factory, for the moment, has not ceased its activity.