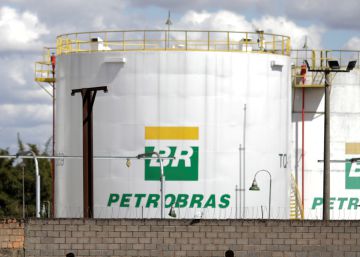 The Brazilian state oil company Petrobras last year obtained a benefit of more than 40,000 million reais (9,000 million dollars, almost 8,500 million euros), the largest in its history. The company has presented its financial balance of 2019 this Wednesday, after the closure of the Brazilian Stock Exchange, when a third of its employees celebrates its nineteenth day of strike in protest for layoffs caused by the closure of a fertilizer plant. The sale of assets such as pipelines, shares of a distributor and several oil fields of the largest public company in the most populous country in Latin America has contributed to the bulky benefit.

The president of the company. Roberto Castello Branco, stressed that the sale of assets has “helped to make viable the focus on the assets of which we are natural owners” and has allowed him to invest more in exploratory areas of the called presal, huge reserves discovered more than a decade ago under a thick layer of salt in the Atlantic.

This record profit consolidates the change in trend registered a year earlier. Petrobras then returned to profits after four years in red numbers since the corruption scandal he named broke out in the waterline of the company. Investigations and decisions about the mega-case continue both in Brazil and abroad. This same Wednesday a judge has sentenced two former Petrobras directors to pay each half a million reais to the company’s staff for moral damages caused by corrupt practices. The two convicted are collaborating with justice. The Odebrecht case, derived from Petrobras case, has motivated the arrest in Spain just a few days ago of the former director of Mexican Pemex Emilio Lozoya, accused of collecting bribes of the construction company.

Petrobras’ profit at the close of the last year represents an increase of 55% compared to 2018, but without extraordinary sales, it would be around then. Last year’s earnings are, according to the company, with the barrel at $ 64 in 2019 compared to $ 71 in the previous year. After years of stagnation, production has also recovered to stand at three million barrels a day between oil and gas.

The strike of 21,000 of the 63,000 employees of the state, which raises the risk of shortages in Brazil, continues despite a judge cautiously annulled on Tuesday the dismissals that motivated her. Those affected are 400 state employees and another 600 workers from subsidiary companies that worked at a newly closed fertilizer plant in Paraná. More than 121 Petrobras centers are on strike between production platforms, refineries and terminals.

The main parties of the leftist opposition, the Workers Party (PT) of Lula da Silva and the Socialism and Freedom Party (PSOL), support the tankers’ strike while trying to turn it into a platform against the broad privatization program designed by the economic czar, Paulo Guedes.

After years of stagnation, production has also recovered to stand at three million barrels per day, between oil and gas.