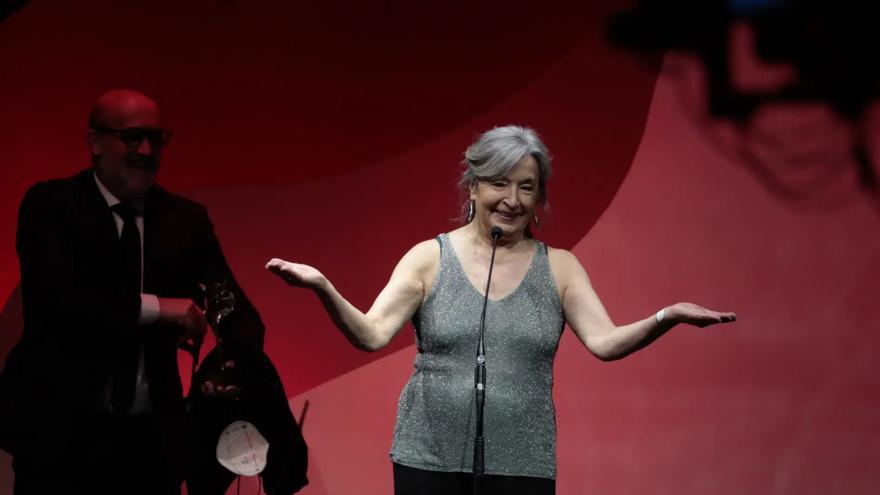 The Feroz Awards ceremony, organized by the Association of Cinematographic Reporters of Spain, was held last Saturday and brought together great names from the Spanish film and series industry in Zaragoza. Their coincidence with the long-awaited final of the Benidorm Fest did not prevent them from having their own viral moments. The most shared, that of the 77-year-old actress Petra Martínez.

The speech not only caused laughter among the attendees, but was applauded on the networks for its way of breaking taboos. Something that Martínez does in the film by David Martín de los Santos and that he has no problem repeating in interviews, although at first it was difficult for him to interpret it on screen.

"At first I read the script and I thought it was wonderful, but there were two or three scenes that were difficult for me. Then I told my representative that I liked it a lot, but that I was not going to do it. It was a modesty that I had in my body and that I couldn't take it off. I spoke with the director to see what he thought of the character and what he had in mind for him. When I saw him and we greeted each other, I already noticed that he was a person who was going to convince me and that he was trustworthy. He He told me that we were going to work to tell it, but without explaining it much. And that's how it was, "he revealed in an interview with EFE.

"The word masturbation has been punished and silenced for so long... Young women, for example, did not speak about it because it seemed that if it happened it was because they were not satisfied. It is a word and a fact that was punished by society and even more so if you are a A 70-year-old woman who wanted a lot of self-love. I think that women are also making progress in this. Most of us have this as something fundamental in our lives because it is something normal and liberating for the body, which you can do alone and with others." , has finished defending.