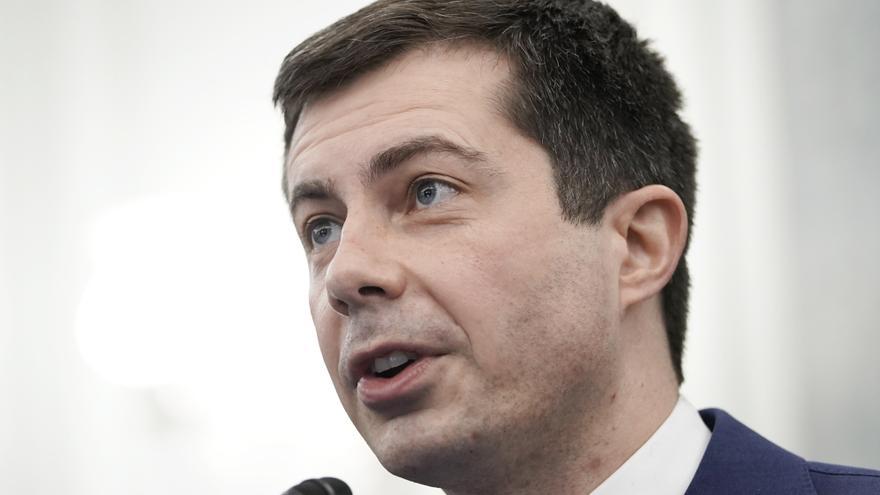 Los Angeles (USA), Feb 22. (EFE) .- The Secretary of Transportation of the United States, Pete Buttigieg, the first openly gay person to hold a position in the Government of this country, will have his own documentary.

The giant Amazon is going to release this year "Major Pete", a film that will trace the career of Pete Buttigieg in his rise to national politics from the mayor of South Bend (Indiana), including his campaign as a candidate for the Democratic presidential candidacy for last year's election, which Joe Biden finally won.

Since 2019, a camera crew led by Jesse Moss ("Boys State") followed Buttigieg and her husband, Chase, both at public events and in their private lives.

The politician this year became the first openly homosexual person to hold a position in the US Executive after receiving the approval of a large majority in the Senate (86 votes in favor and 13 against).

Buttigieg recalled in his confirmation hearing that when he was 17 years old, he saw how the Senate refused to hold a hearing for James Hormel, the one chosen by then-President Bill Clinton (1993-2001) to be the US ambassador to Luxembourg, for being homosexual.

Despite the obstacles, Clinton finally appointed Hormel when the Senate was in recess, although he never received the approval of the Upper House, but that situation marked Buttigieg.

"I learned something about some of the limits in this country on who is allowed to belong, but just as importantly, I saw how those limits could be challenged. Two decades later, I can't help but think of someone 17 years old. somewhere that could be watching us now, "he said then.