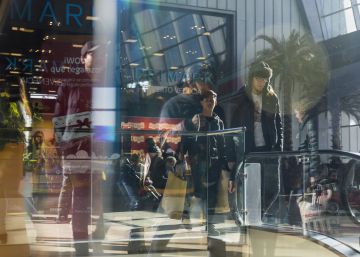 Seven long decades after his death, with John Maynard Keynes —One of the parents of the modern economy and, in the words of his colleague Arthur Pigou, “the most influential economist of his time” – something happens that illustrates well the acceleration of the times: when things go smoothly, his figure goes to the back room of the story and his name disappears from the stage. When curves are feared, his last name returns to the stands. And when the economy bottoms out, its legacy is used as a last resort to get out of the hole. Today, when we are on the second stage and the snowball of bad economic news threatens to become an avalanche, his theory about animal spirits—That shed light for the first time on how emotions are as important as reason for understanding decision making; that psychology makes the economy not behave exactly the same as what the ultra-rational economic models predict — returns to the front line.

Stagnation, left and right trade conflicts, slowdown in the labor market and job insecurity, Brexit, globalization setback. The bad news is the new normality in the salmon pages of the newspapers: the specialized press reader – and not only – has breakfast any day with a bad unemployment data and goes to bed with a disturbing bad news about the evolution of the German industrial sector , the great European giant immersed in a technical recession that has raised doubts throughout the eurozone. To what extent are we really exposed to this cascade of pessimism? Is there a real risk of contagion to the real realm? What remains of the dreaded theory of self-fulfilling prophecy?

In economics, the bandage is always put before the wound: "We still don't have", shoot Raymundo Campos, economist at the Bank of Mexico and author of Economy and Psychology (Fondo de Cultura Económica, 2019), “enough evidence to understand the relationship between bad news and growth, nor do we know the possible transmission channels”. But the background – some of them very recent – is there: as they showed Philippe Bacchetta (University of Lausanne) and Eric van Wincoop (University of Virginia), the rapid contagion between countries of the brutal crisis of 2008 not only had to do with the globalization of international finances or with the restriction of credit – which was not even uniform between countries -: “ Credit did not decrease, at least not significantly, beyond the US (…) It was fear that seized consumers and businesses. And as several members of the global economic ecosystem revised their expectations downwards, their fears were self-fulfilling, the demand dried up and the anticipated depression became a reality, ”they wrote. Today, again, the avalanche of bad news "obscures the horizon", completes the first. “Of course, the spiral of self-fulfilling prophecy could happen again if a generalized pessimism is unleashed. But, fortunately, I don't think it's happening now: I only see a slowdown"

The other side of the coin was exhibited in 2017 by four professors from the University of Southern Denmark – Helle Mølgaard, Svensson Erick Albæk, Arjen van Dalen and Claes de Vreese. In an eloquent headline study – Good news in bad news: how negativity improves economic efficiency – they concluded that, "against the ideology of negativity, the effects of which are widely documented," the economic news Adverse effects could, in fact, be good news: in some cases, exposure to negative information about the future of the economy "leads to positive changes in efficiency and decision-making." Also that, the more interest a person shows in the economy, the less effect the negative news has on him or her.

Whether a recession arrives or not depends, to a large extent, "on popular narratives," said Nobel laureate Robert Shiller. last month in The New York Times. "Virtually none of us has a formula for deciding on our plans, so we let ourselves be influenced by the emotions and theories suggested by the stories we hear from others." There is, however, a key distinction: between bad business news – which can affect, at most, a specific sector and have no widespread effect on the future of the economy – and the macro – GDP or unemployment – which underline Alex Imas, Professor of Behavioral Economics in Carnegie Mellon University"If they make people nervous, they have the potential to depress investment and consumer confidence." There, yes, the problem may come: if citizens fear a more bleak horizon, restrict their consumption, retract their investments and increase savings, hampering growth. The beginning of all good economic flu.

"A negative news does not have great impact and tends to be seen as a mere exception. If they are more and come from different independent sources, a sense of uncertainty and low credibility is created: that is when consumers postpone purchases and focus on cheaper versions of essential goods, such as clothing or food, "slides Fred Van Raaij, a professor in the Department of Social Psychology at the University of Tilburg (The Netherlands). "We believe," he adds Penelope Hernandez, director of the Research Laboratory in Experimental and Behavioral Economics (Lineex, attached to the University of Valencia), "that the economy is going to get worse and then we stop drinking coffee and put less money in the pension plan. They are small things but, be careful, because when we add all citizens, there is less consumption, savings, investment and the economy it slows down even more. If we give a little push to a car that is going at a speed – as the Nobel Prize would say Richard Thaler– Then changing the course is more difficult. "For that vicious circle to be activated, however, the economic fundamentals have to be" very weak, "adds Imas. Much more than now.

Most analysts point to a deepening of the slowdown – and not the apocalypse that some draw – as the most likely scenario in which the global economy will develop in the short and medium term. The CEO of Bankia, José Sevilla, he expressed it in his own way in the last presentation of the entity's results: “In society, due to the influence of the media and the situation in general, it seems that the economy has stopped. But the demand for credits continues: there is a decoupling between the prevailing message and reality, and we should not self-generate the idea that everything is going wrong because the information can help slow the cycle. ” Despite the reduction in forecasts, Spanish growth will fall to around 2% this year according to the latest Brussels macro chart, a figure that would sign a good part of advanced and even some emerging economies, such as Mexico or Brazil. Data for reflection, but not for alarm: you can see the glass half full or half empty, but not completely empty.

The trauma of the Great Recession

Humans have an almost natural tendency to think that the vital signs of the economy are worse than they really are, something that increases when the wounds of a recession remain so open. The surveys, as he underlines José Luis Ferreira, professor of the Department of Economics of the Carlos III University, they usually exhibit a curious duality between the general economic feeling and the individual financial health of the respondents. “It is a pattern that repeats itself: the tendency is to exaggerate in negative when asked about the economic evolution, but when asked about the individual situation or the position of each of the respondents is measured, it turns out that it is better than believe. "

Part of this overreaction stems from trauma: the severe blow of the Great crisis, so hard in the US and – above all – in Europe that it will take time to disappear from the collective subconscious. A decade later we remain anchored in that same fear: few saw the hit coming and now nobody wants to be the last to perceive a change in trend, stumble twice with the same stone. A look at the windows of the bookstores is the best proof of this trend: the books on how to survive the next recession and where it will arrive have covered the lists of economic essay publications in recent times.

"But, by definition, a recession cannot be predicted," Ferreira completes. "That the cycle takes time in bonanza phase is no reason to think that it will end: there is no theory of the cycles that say they have a certain duration." The only certainty is that, in the next click of the economy, emotions, and not just the reasons, will have much to say. What did you say Franklin D. Roosevelt (1933-1945), author of New deal which brought the US out of the Great Depression, "the only thing we have to be afraid of is fear itself." Seven long decades later, in October 2008, when the financial cataclysm was already underway, George W. Bush Jr. paraphrased him in his own way: "Anxiety feeds more anxiety". Time, relentless, dictated sentence: it was too late.

Bad news also has positive returns in some investment niches. With the assurance that central banks are still ready to act in case things continue to get worse, the Stock Exchanges have set new highs just at the height of bad omens. With limits, the theory of the worse applies the better: if the vital signs of the economy get worse, the issuing institutes will have more pressure to undertake new rounds of interest rate reductions – even though the margin in large economies is low ( US: 1.5% -1.75%) or non-existent, except for unlikely entry into negative territory (Eurozone: 0%) – or additional monetary stimulus measures. Both movements are gasoline for equities, which emerges as practically the only profitable option for investors. With limits: if the bad omens are confirmed and stain red the main economic indicators, the stock exchanges and especially the most exposed values ​​to the cycle have all to lose.