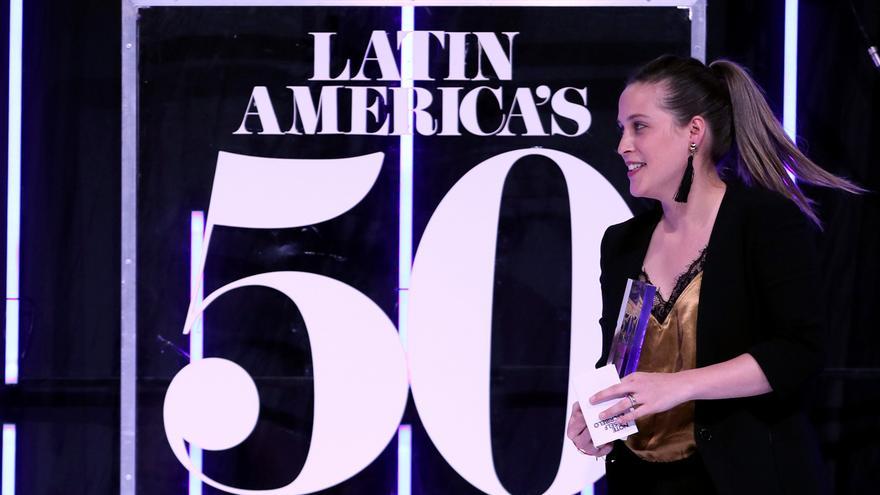 London, Aug 5 (EFE) .- Peruvian chef Pía León, head of the Kjolle restaurant in Lima, and co-owner of the Central, has been recognized as the best female cook in the world in 2021 by “The World’s 50 Best Restaurants”.

The British organization, which publishes a ranking of the best restaurants on the planet every year, highlighted in a statement that the award certifies that León has reached “the highest level in the world of gastronomy.”

This year, the award for the best chef is “more relevant than ever” in its ten-year history, the organizers emphasize, given that “the food scene continues to suffer from a widespread gender disparity.”

The kitchen of León, which in 2018 was already named the best cook in Latin America, “seeks the inclusion of all qualified people, regardless of their gender”, highlights “50 Best”.

The woman from Lima graduated from Le Cordon Bleu in the Peruvian capital and in 2009 held a position in the kitchen of the Central, where she rose to become its main chef.

Together with her now husband, Virgilio Martínez, they turned that restaurant into “a benchmark for gastronomy not only in Peru, but throughout the world,” highlights the British organization, which between 2015 and 2017 designated the Central three times as the best restaurant Latin American.

León is also a key player in Mater Initiative, a research and development project founded by Martínez and his sister Malena with the aim of better understanding Peruvian products and their place of origin.

The cook has given up a fixed menu in order to create dishes that express her own culinary personality based on seasonal ingredients and local food from the region.

“We do not doubt that Pía’s work will change the future of gastronomy and will contribute to more women being successful in some of the best kitchens in the world,” said those responsible for “50 Best”, who will present León with their award at a ceremony in Antwerp (Belgium) in October this year.

“The most positive thing about these exceptional and difficult moments is that I have been able to continue working with a team of formidable people. They will see this award, like me, as a great sign that we are on the right path for the future.” , said the Peruvian cook.