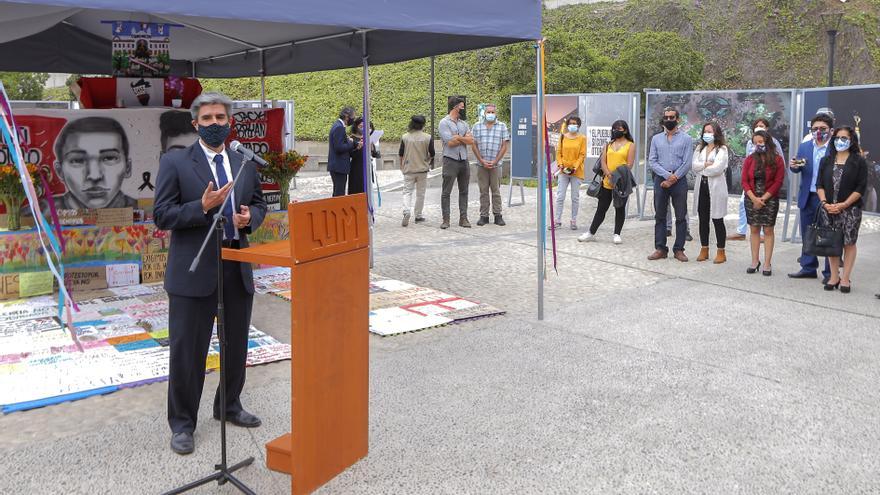 Lima, Jul 5 (EFE) .- The National Museum of Peru (Muna), the largest cultural work carried out in Peru, will symbolically open its doors next Saturday, July 24, as part of the commemorations of the bicentennial of independence from the country.

As confirmed by the Minister of Culture, Alejandro Neyra, the opening of this colossal and ambitious project will be held on the night of July 24, although it will be necessary to wait until 2024 for the official opening of the site, located in the district of Lurín, one of the municipalities on the outskirts of Lima, located in the south of the Peruvian capital.

The Muna, budgeted at around 500 million soles ($ 130 million), represents the largest public investment in cultural heritage in the history of Peru and will be one of the largest museums in Latin America.

The complex will safeguard pieces of the cultural heritage, at the same time that it will allow to continue with the investigations regarding archaeological remains and will be the headquarters of the National System of Museums, providing technical assistance to other museums in the national territory.

“The Muna is an approach to our history and our culture that will also allow us to discover the evolution of the ancient Peruvians since they settled in our territory, since they used technologies such as ceramics or textiles to build our civilization and as then culture arrives to this day, about to celebrate our bicentennial, “said Neyra.

The minister stressed that the enclosure, whose works are already finished, will allow the adequate protection of a significant number of cultural objects that are currently stored in the headquarters of the Ministry of Culture and ruled out that its implementation implies the dismantling of other cultural centers in the country .

“It is important to clarify that no museum is going to be dismantled, and that on the contrary, the objective is to reinforce them,” he said.

For the imminent and symbolic opening of the museum, a show and a “white march” of four exhibitions dedicated to Peruvian culture and contemporary art are planned.

The project is one of the emblematic works within the commemorations of the bicentennial of Peru’s independence, which will be held on July 28.

Despite its official opening on the 24th, on the eve of this designated date, the Minister of Culture predicted that the country would still have to wait three years to see the museum operate to its full potential.

The Muna project was presented during the Government of former President Ollanta Humala (2011-2016) to house 500,000 Inca and pre-Inca heritage pieces that could not be exhibited due to lack of a suitable place, in addition to conservation and research laboratories and specialized deposits .

With an exterior architecture inspired by the pre-Hispanic past, the museum was built in an area of ​​about 70,000 m² located in the archaeological zone of Pachacámac, in the district of Lurín.

The building, which already has 100% of the works completed, is made up of five floors, three of them underground, and a terrace with privileged views of the Pachacámac sanctuary.

As Neyra explained, the space is expected to conserve the collection of the old Museum of the Nation, made up of 35,000 pieces, in addition to all the material from recoveries and repatriations, which add up to about 6,000 cultural objects.