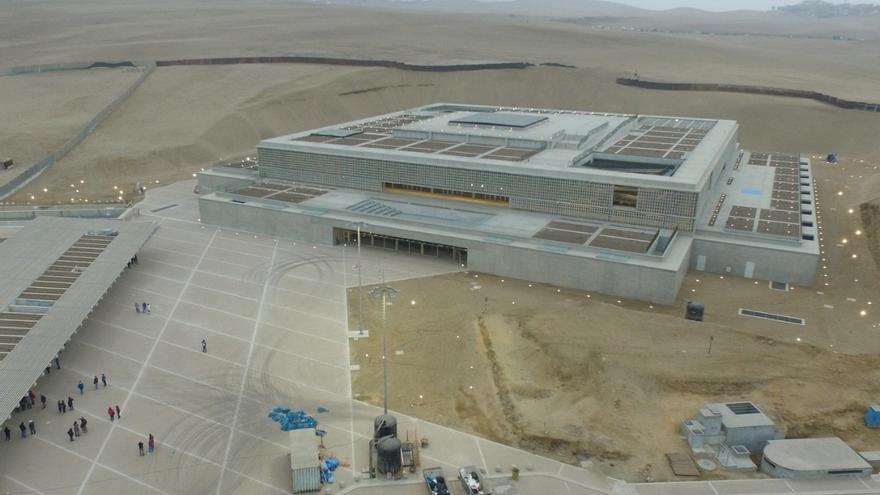 Lima, Jul 24 (EFE) .- The National Museum of Peru (Muna), the largest in the country, opened its doors this Saturday with the mission of preserving and exhibiting the archaeological legacy of pre-Hispanic civilizations, reflecting on its 200 years of independence and spread artistic and cultural expressions throughout the nation.

The opening was held on the occasion of the bicentennial of the independence of Peru, which is celebrated on July 28, in the absence of being filled with the thousands of cultural objects that will make up the permanent exhibition, whose inauguration is scheduled for 2024.

The museum, whose construction was around 500 million soles (about 125 million dollars) is located in the south of Lima, in front of the Pachacámac sanctuary, where the archaeological remains of the main oracle of the central coast of Ancient Peru are located.

For now, visitors arriving from July 27 to the imposing building will be able to visit several temporary exhibitions and a temporary handicraft fair.

A “CHEST” OF RELICS

The enclosure has more than 60,000 meters built, distributed in five levels, of which two are underground and three are above ground level.

“We can see it as a chest that will keep all the treasures of our Peru,” said the interim president, Francisco Sagasti, who, in one of his last official acts before handing over the position next week to his successor, Pedro Castillo, attended this act full of folk music, typical dances and history.

“This chest will be progressively filled over the next few years, in such a way that on December 9, 2024, when we celebrate the bicentennial of the Battle of Ayacucho, which sealed the independence of all of South America, we will be able to inaugurate it completely,” said Sagasti.

The president wanted the National Museum to serve as a symbol of national unity by disseminating all the cultural diversities of the country and he hoped that many could become aware of how valuable the country is in its differences.

“We have insisted on generating meaningless divisions that only separate us, separate us as a nation and make us lose the opportunity to build a much more integrated country that builds on its past, enjoys the present and opens paths to the future,” said Sagasti .

TO ALSO LOOK TO THE FUTURE

In that sense, the head of state also considered that this museum should not only look and reflect on the past but also on the future and its challenges such as climate change.

For his part, the Minister of Culture, Alejandro Neyra, recalled that the project of a national museum was a desire that was practically 200 years old, the same as the independent life of Peru, since José de San Martín raised it for the first time. time in 1822.

“This museum settles a pending account with our country and fulfills a promise of the Republic. This national museum is special. It will tell us what ‘Peru’ is, who we are, why we are here and where we are going,” said Neyra .

“BIG BROTHER” OF THE MUSEUMS OF PERU

In principle, as indicated by the Government, the opening of the National Museum will not entail the dismantling of any of the existing museums, including the National Museum of Archeology, Anthropology and History of Peru (MNAAH), which until now was the museum of reference to review national history.

The National Museum of Peru will be the center and headquarters of the national museum system, to which it will provide technical assistance in the fields of management, preservation, research and education.

Likewise, it will protect pieces of tangible and intangible cultural heritage, including more than 30,000 assets that until now were at the headquarters of the Ministry of Culture and more than 6,000 pieces repatriated from other countries in recent years.