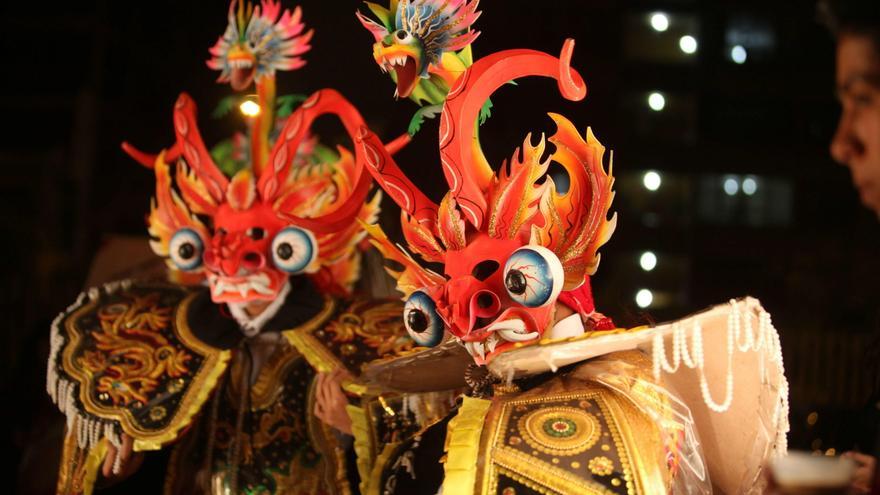 Lima, Sep 18 (EFE) .- The Government of Peru declared the Diablada Puneña dance a cultural heritage of the nation, an emblem of the festive and religious identity of the mestizo and urban population of the southern Andean region of Puno.

A resolution of the Ministry of Culture published in the official newspaper El Peruano incorporated the Diablada Puneña dance into its cultural heritage to “recognize the significance” of this mestizo choreographic expression, known in the highlands as “dance in a suit of lights.”

“This declaration constitutes an important recognition of both the cultural wealth of the Puno people, as well as the fundamental role of the groups of bearers and performers of the Puneña Dance, through which spaces are generated to strengthen the regional identity and for the affirmation intergenerational family and neighborhood ties, “Culture Minister Ciro Gálvez said in a statement.

The head of the sector added that, since its origins, this dance has been “a space for coexistence and cultural exchange, expressing through its aesthetics and ritual the various indigenous, Iberian and African heritages that coexist and give meaning to the multicultural reality, mestizo and globalized contemporary Peru “.

The Puneña Dance is a collective composition performed by troupes of devils who, forming lines and led by an archangel, perform movement to the beat of marches and huaynos performed by musical bands.

The dancers dance dressed in masks and allegorical costumes to the devil or demon, the archetypal character of the Catholic religious imaginary introduced to the “New World” with evangelization and later reinterpreted based on indigenous cultural patterns.

At present, the dance is associated with a series of religious festivities and folkloric contests that travel through various regions of the country, especially during the celebration in February of the Festival of the Virgen de la Candelaria, patron saint of Puno.

With this declaration, the Puneña Dance joins the nearly 40 expressions declared cultural heritage of the nation in Puno, recognized as the “folkloric capital” of Peru.

For the Ministry of Culture, this dance “is one of the artistic expressions that, with greater clarity, expresses the splendor, waste and exuberance of the festive universe of the city of Puno”.