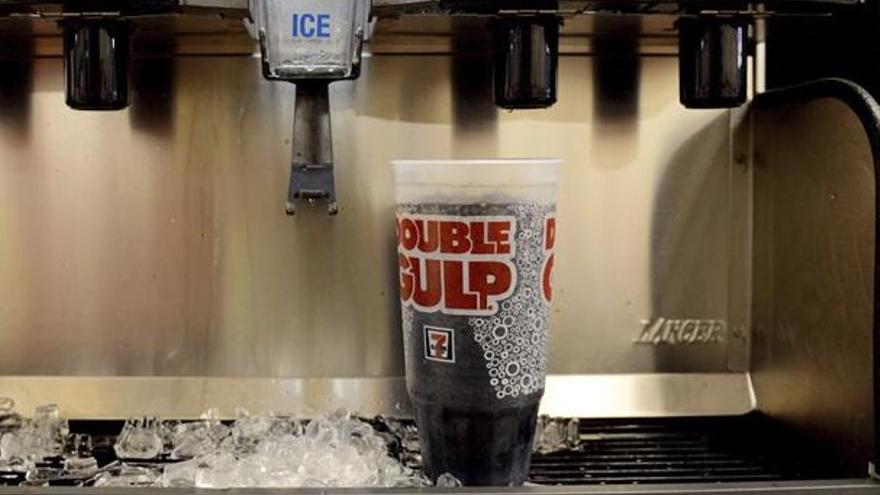 To this will be added throughout the year the ‘Google’ rates on large digital companies and ‘Tobin’, on financial transactions, although the banking tax, agreed between the coalition parties, remained in a drawer. A new tax will also be added to single-use plastic containers and another to waste, as well as a rate of 15% to undistributed profits of the ‘socimi’, among others.

These are some of the main changes and tax increases included in the 2021 Budgets or foreseen outside the public accounts by the Executive for the new year, as the first step of the future in-depth tax reform that it plans to carry out once a Expert committee review all taxation.

The government has constantly defended that the approved changes and increases are aimed at “high income and large companies” and are “limited in scope”, leaving the middle and working class on the sidelines, without prejudice to the fact that a committee of experts will be in charge to review the figures to undertake a comprehensive tax reform in the future and reduce the collection gap of about 7 points that it calculates with respect to the European average.

The Minister of Finance, María Jesús Montero, has repeatedly defended the need for a “progressive” system with “fiscal justice”, that “whoever has more, pays more, and is received according to needs.”

In addition, the deductions for individual private pension plans will be reduced to 2,000 euros the maximum contribution, while the joint reduction limit (participant and company) is raised from 8,000 to 10,000 euros in company plans, thereby boosting contributions business and the “regressivity” of these benefits is corrected. The measure will bring a collection of 580 million in 2022.

Likewise, the current limits of the self-employed module regime are extended for the application of objective estimation in personal income tax and VAT.

The tax for assets of more than 10 million also rises by 1%, up to a rate of 3.5%; and the exemption in Corporation Tax on dividends and capital gains in subsidiaries is limited to 95%, which affects 1,739 companies (0.12%), except for companies with a turnover of less than 40 million during the first three years. The limitation will contribute 473 million in 2021 and 1,047 million in 2022.

Insurance and VAT on sugary drinks

In turn, the tax on insurance premiums is increased from 6% to 8%, although it will continue to be in the low end of the EU. For the third party insurance of a car it will mean 6.20 euros more per year and for home insurance, about 3.98 euros per year.

In addition, the VAT on sugary and sweetened beverages will be raised to 21% as it is a “social commitment to rationalize responsible consumption in the child and youth population” and combat unhealthy diets, although dairy is excepted. The increase in taxation affects the sale of these products in supermarkets, although consumption in bars and restaurants will continue to be taxed at 10% so as not to harm restaurants.

Likewise, the limits for applying the simplified and special regime of agriculture, livestock and fishing in VAT are extended.

For its part, during the processing of Budgets in Congress, the reduction of the diesel bonus was discarded to make its taxation equal to that of gasoline, although the registration tax will rise, since the 2018 moratorium of the WLTP ends (Procedure Harmonized World for the Testing of Light Vehicles), a system that determines the figures of emissions and consumption of vehicles, which will have an impact on the price of new vehicles and will foreseeably pay more for the registration tax by showing more emissions.

On the contrary, the tax on hydrocarbons that the Executive planned and that would have affected mainly diesel vehicles, with about 2.3 euros per deposit, will not be applied either.

New tax on plastics and waste

To these increases and modifications will be added throughout 2021 changes included in other laws, with 4,223 million more tax revenues, such as the ‘Google’ rates, whose settlement will begin on April 30 on the first quarter, and ‘Tobin’, with the beginning of settlement from February 22 to be done on a monthly basis around the 20th of each month. Both taxes will go into effect on January 18.

The creation of a new tax on single-use plastic containers and a new one on waste is also contemplated, which is derived from the modification of a directive that urges that by 2035 only 10% of municipal waste generated end up in landfills and there is a “problem” in Spain due to the variety of regional taxes and waste tourism, which is why a national strategy will be guaranteed in dialogue with the Autonomous Communities about its management and collection.

The measures of the already approved anti-fraud law will also come into force in 2021, which will contribute 828 million and which includes the prohibition of tax amnesties, the limitation to 1,000 euros of cash payments for certain economic activities between professionals and companies, reduces the threshold to enter the list of ‘defaulters’ to 600,000 euros or includes greater control over the use of new technologies, such as cryptocurrencies or the prohibition of dual-use software.

New requirements to Sicav and Socimi

In turn, additional requirements will be established on the ‘sicav’ to benefit from their special regime, such as requiring shareholders a minimum participation of 2,500 euros and the AEAT is granted competence to verify the requirement. For the ‘socimi’ a 15% tax will be established for undistributed profits. In 2022, the new measures will contribute 50 million.

Forecast of a 7.6% increase in collection

With all these measures, the Treasury predicts that the collection of all figures will grow: personal income tax (+ 7.8%) due to the recovery of household income and economic activity; Companies (+ 20.7%) due to the recovery of business profits; VAT (+ 13.9%) thanks to the improvement in domestic consumption and the increase in housing transactions; and Special Taxes (+ 12.4%) for consumption.

In any case, the Government plans an “in-depth” tax reform in line with the economic recovery, in parallel with the technical work seeking a multilateral consensus postponed in mid-2021.

In parallel, it plans to address the reform of the regional financing system since February, and has already advanced its intention to undertake a fiscal harmonization that could occur in taxes such as Inheritance and Donations, Patrimony or Documented Legal Acts.