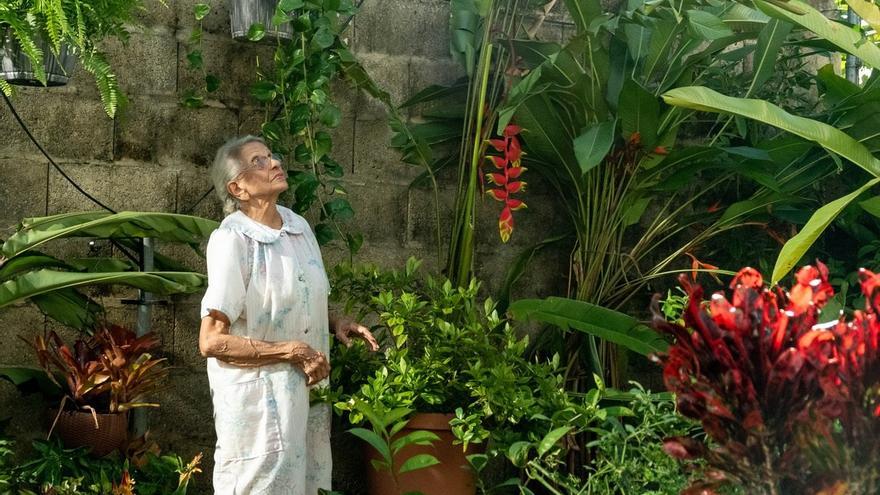 New York (USA), Jun 13 (EFE) .- "Perfume de Gardenias", which premieres this Sunday at the Tribeca Film Festival, is the film debut of Macha Colón, who in an interview with Efe explained that it is a comedy black starring almost entirely by women, inspired by the fun funeral culture of Puerto Rico and showing "invisible communities."

The cast is headed by Luz María Rondón, who at the age of 88 occupies the main role of a feature film for the first time, along with Sharon Riley, Katira María, Carmen Nydia Velázquez, Blanca Rovira, Milagros Ortiz, Abner Rivera, Flor Joglar -mother. from the rapper Residente- and the painter Antonio Martorell.

Rondón plays Isabel, a woman who is widowed after years of caring for her husband and, with nothing to do in her free time, organizes some original funerals worthy of an art gallery with a group of neighbors led by Toña (Riley), who keep a secret that will force her to rethink her beliefs.

"Isabel is a very colorful character, she is dedicated to arranging funerals and curious things, she has no limits. I think the public is going to have fun and enjoy it well," the veteran actress told EFE. She also assured that she was "fond" of the character and that she is "excited about the production and about life."

"I'm happy, at my age that I can star in a movie gives me great joy and enthusiasm, that the production has chosen me to do it is like a prize," he added.

Macha Colón, stage name of Gisela Ramos, expressed her admiration and acknowledged that she learned a lot from her way of working: "She was incredible, physically she herself did not know what she was getting into, it was a challenge, but she gave everything."

Another protagonist is Julia (Rovira), a homosexual neighbor whom Isabel cares for and who, the director revealed, was going to be a man until she thought: "How could I not have representation of an older lesbian woman? almost nowhere, and I like to present invisible communities in my work. "

And it is that, about the "queer" people, he adds: "You think they are young at all, but there are gay people of all ages."

TRIBUTE TO THE CAREGIVERS

The filmmaker reflected on the role of women in Puerto Rican families and gender expectations: "As I grew up, I began to realize certain things: more and more my family expected that, as a woman, I would take care of my parents, that I would pass more time with them. I looked around and saw the same with other women. "

"I wanted to reflect this world, which is what I see around me: women tend to live longer and create these support networks, they get involved in caring for people," said Ramos.

For the story, she was inspired by a personal anecdote in which her mother, dedicated to taking care of her husband who had fallen ill, one day asked her if she could give him a relay to go to a funeral with her friends and was surprised by the emotion they had for the social gathering.

It also had to do with the tradition of the "muerto parao" (standing) that for years has generated a great debate in Puerto Rico about how to honor the deceased and that was born when a young man who knew that he would soon be assassinated came to a funeral home to design your viewing presentation.

"This boy did not have control of anything in his life, the only thing was how his funeral was going to be. It seemed beautiful and powerful, and I said: what if I give that power to this character? It is the moment when she (Isabel ) can also find the opportunity to express their creativity. And that's how this story was born, "said Ramos.

Colón said that as a director, she likes to be like a "party hostess" who provides what is necessary to make her guests comfortable, especially after negative experiences on "traditional movie sets."

"It was not an environment in which I wanted to be, it was super macho, traditional, there were constantly normalized microaggressions and no questioning was made, it was part of the language," he explained.

The film, recorded at the beginning of 2020, is also a time capsule between events: the first day of filming there was one of the biggest tremors in years on the island - "there is no earthquake that will stop me, I'm sorry," he added. and the day after finishing the state of emergency for the coronavirus was declared.

The director, who until now had produced and directed several projects of what she considers "soul documentary" (documentaries with soul), is preparing a work about a family of women, one of them with muscular dystrophy, who resist in the only house standing in a neighborhood of San Juan "forcibly" evicted to build luxury buildings.