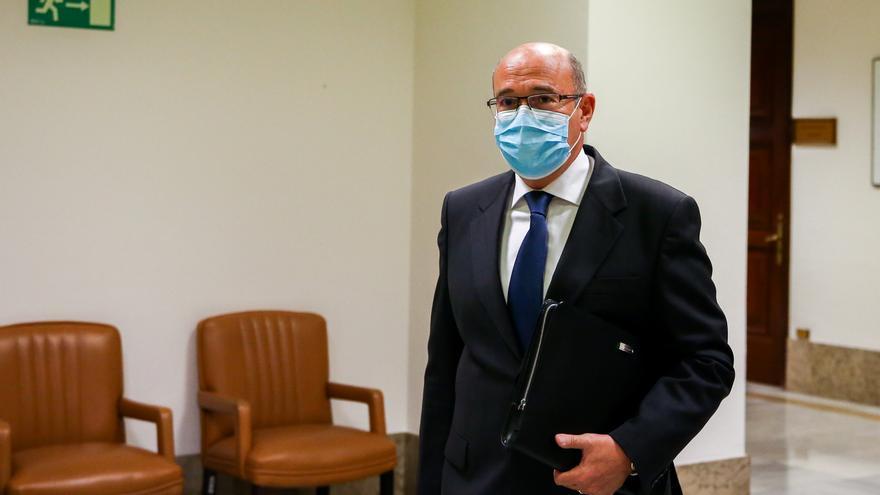 Colonel Diego Pérez de los Cobos has filed a cassation appeal with the Supreme Court after the National Court declared the order adopted by the Ministry of the Interior to remove him from the post of head of the Madrid Civil Guard in September legal.

The cessation occurred when his subordinates investigated under the direction of a judge the possible relationship of the demonstration of March 8, 2020 with the start of coronavirus infections. Now, the colonel has decided to appeal to the high court, as as El Mundo advances and has been confirmed by defense sources Europa Press.

According to this newspaper, Pérez de los Cobos appealed his dismissal as arbitrary, criminal and discriminatory, and emphasized that the National Court departed from the jurisprudence that exists on the need to motivate the dismissal of public officials in positions of free appointment.

It was in September when the five magistrates of the Fifth Section of the Contentious-Administrative Chamber of the National High Court considered the argument made by the Minister of the Interior, Fernando Grande-Marlaska, justified, which alluded to the loss of confidence to undertake the exit from the colonel. They pointed out that “having broken trust, the declaration of reincorporation to the destination makes no sense.”

Thus, they did not see it logical to keep “the interested party in the same” position “imposing a sustained professional relationship, in addition to regulated reasons (suitability), also, in that subjective circumstance”. “That is, due to the loss of trust, a quality that accompanies and mediates the appointment to that position and destination,” they added.

For the court, this loss of confidence came, as the sentence recalls, due to the “non-information” of the “development” – and not the content – of “investigations and actions” carried out by the Civil Guard. All this, he points out, in the broad and, at times, confusing “operational and judicial police framework.”

“In the present case,” the magistrates pointed out, “the suitability of the dismissed person is not in dispute, that is, his professional capacity to hold said position, but rather the loss of confidence, in which the subjective reasons of the authority that appointed him are protected by the free decision to dismiss him “.

Specifically, the cessation was ordered on a Sunday night a few days after declaring the state of alarm for COVID-19, giving way to criticism from opposition parties on understanding that Grande-Marlaska was separating an official, with long experience in the fight against terrorism and with a prominent role during the 1-O referendum, for not keeping him informed of the investigations – later archived – that affected the government delegate in Madrid and the director of the Alerts and Emergencies Coordination Center Sanitary, Fernando Simón.

In this way, the court considered the appeal filed by the State Bar, which alleged on behalf of the Ministry of the Interior that the dismissal of Pérez de los Cobos did not imply a “misuse of power” as it was due to a loss of confidence. In addition, it argued that with its decision the National High Court “eliminated” the possibility of dismissing an officer from the post of free appointment, according to the “judgment of confidence” established by the chain of command.

In this sense, the sentence states that “in the case of the proceedings there is no deviation of power” as “a sufficient justification for the termination in the indicated terms is found in the judgment itself.”

The appeal brief presented by the Interior before the Contentious-Administrative Chamber raised the disagreement referring to the Civil Guard Personnel Regime Law and underlining that in the account of the events of the last word, Colonel Pérez de los Cobos “contradicted the result of the test carried out “. “The plaintiff unilaterally changed his behavior for some reason,” he said.

In this sense, the Interior alleged that the colonel informed the chain of command of inquiries into the 8M investigation up to four times before his dismissal, without raising any complaint. Specifically, he gave an account of a videoconference with Judge Carmen Rodríguez-Medel to “accelerate the investigation”, of a conversation about the “extra caution” and about the way in which a series of subpoenas were being carried out.

Against the background of the problem, that Minister Grande-Marlaska wanted to know a report that affected the Government delegate in Madrid and Fernando Simón in the course of a judicial investigation, Interior also denied his interest: “We are talking about information that already had It had been handed over to the parties involved in the procedure –among them, the Government Delegate– and it had been disseminated in a media outlet. ”

Repealed the sentence that ordered to reinstate the colonel

The decision of the court to consider his dismissal legal also implies the revocation of the sentence of March 31, 2021 of the Magistrate Judge of the Central Contentious-Administrative Court number 8, which had annulled the administrative resolution, of the Secretary of State for Security , which ordered the dismissal of Pérez de los Cobos as Colonel Chief of the Madrid Command and the one that confirmed it in appeal, of the Minister of the Interior.

Then, the magistrate Celestino Salgado declared the colonel’s dismissal “illegal” on understanding that “the motivation for the dismissal proposal” was not “real, or at least it did not” adjust “to reality. At that time, he ordered Grande-Marlaska to re-enter Pérez de los Cobos in his post.

The National Court refused to provisionally execute the sentence that annulled the dismissal, thus rejecting that he could immediately rejoin his post, considering that, if he returned, when the ruling was not yet final, it could cause a loss of “impossible reparation” to whoever he held that position.

For his part, the colonel defended himself, claiming in his appeal that his dismissal was a “direct consequence of not having agreed to carry out an openly illegal act, such as having informed the political leaders of the Ministry of the Interior an investigation submitted to the strictest reserve “.