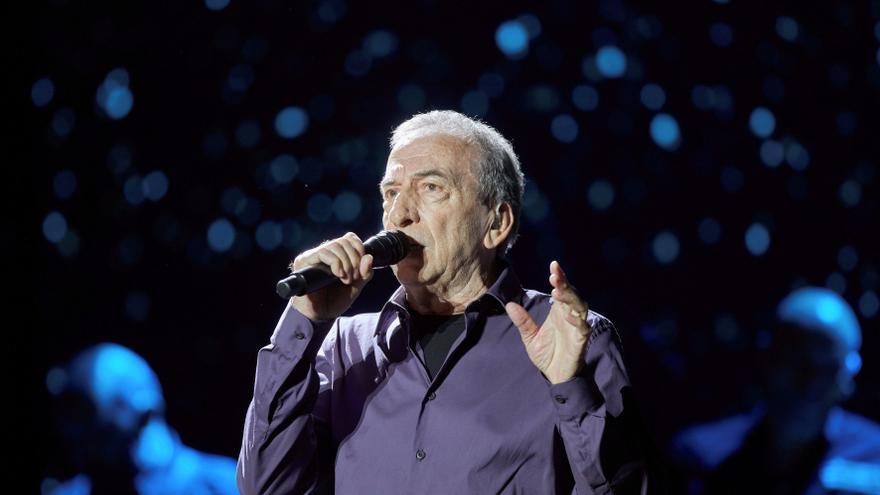 Palafrugell (Girona), Aug 6 (EFE) .- A legend of Spanish music such as José Luis Perales collects these days the affection of his followers in the farewell tour of the stages that he carries out and, this Friday, the tribute Cap Roig has given it to him, who has acclaimed the career of this artist.

Perales arouses devotion among the public, also among this festival, organized by Clipper’s Live and promoted by CaixaBank, which is a musical reference for the summers of southern Europe.

The first world swords have passed through the Cap Roig auditorium, from Bob Dylan to Lady Gaga from Elton John to Julio Iglesias or recently Raphael, but the respect shown by the Cuenca singer-songwriter had been rarely seen.

For generations, although without making too much noise, José Luis Perales has been part of the soundtrack of many people who, now, want to return the favor in some way and, why not, say that he was in one of his concerts.

It was putting his feet on the stage and receiving the first ovation that, in reality, was the start of the one that his audience gave him throughout nearly two hours of performance.

The same audience that sang many of the night’s songs with him, the first the “Ballad for a welcome” as an introduction to later continue with “Me llamas”.

And the fact is that many of José Luis Perales’s songs sound in the voices of others, as happens with “Why are you leaving”, which the head associates with Jeanette.

Between his own songs and songs that he “gifted” to other artists, the concert was passing dotted with interventions by the singer-songwriter, who wanted to communicate with his followers on this latest tour.

“They called him crazy” by Mocedades, “Pensando en ti” by Isabel Pantoja, “Qué no daría yo” by Rocío Jurado and “Frente almirror” by Raphael were some examples of compositions for others.

With images of the place where the muses arrive projected on the back of the stage, the protagonist explained that he never wanted to be a singer and that his dream was always to write for famous artists.

“Que no daría yo” he sang without the support of musicians other than that of his own guitar so that the public would know what a naked song is like at the moment of birth.

For the end, “Let the children sing”, “Ballad for a farewell” and the expected “A sailboat called freedom” already in the encores to close with “And how is he” and “I love you”.

The tour “Ballads for a Farewell” has been transformed as it passes through Cap Roig into one of those magical nights that have made this festival something special for those who visit the Costa Brava and reserve a day in search of something different such as of this concert.

Tonight, the president of FC Barcelona, ​​Joan Laporta, who precisely had not had a simple day after confirming the goodbye of Argentine Leo Messi, was also in the auditorium, perhaps in search of that melancholy that José Luis Perales transmits and that connects with past times.

Perales, at least on the Costa Brava, has not reserved anything, surely aware that he is facing his last opportunities to connect with his followers and who knows if he was also a few meters from the place where, according to legend, Joan Manuel Serrat composed his “Mediterráneo”.

Pablo López, the person in charge of inaugurating this edition of Cap Roig, recalled this detail during his performance, but the next edition will also incorporate other information such as that a musical genius passed by at the time of his farewell.