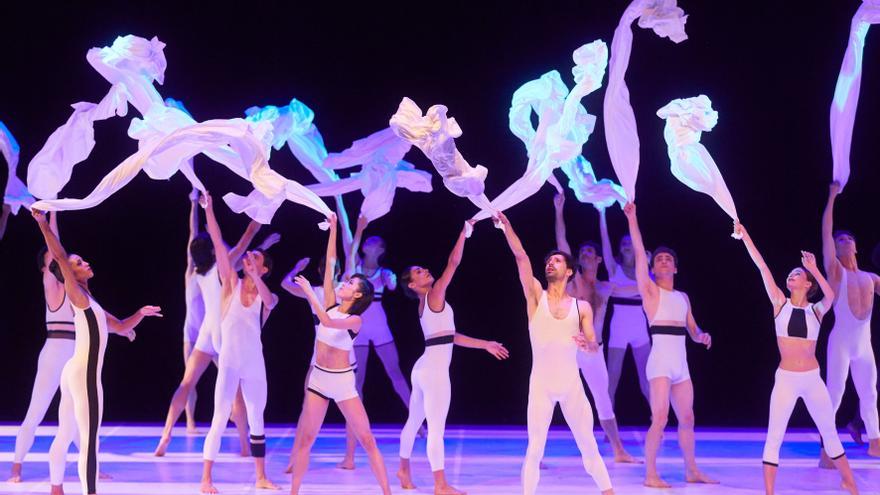 Peralada (Girona), Jul 16 (EFE) .- The Peralada festival refused to cancel its 2020 edition and surrender to the coronavirus, for which it devised a telematic format with a symbolic public presence, but this 2021 has chosen to stand up to it to the pandemic with the help of Maurice Béjart’s “Ballet for life”.

Béjart conceived that piece, which premiered in 1997, also as a way to deal with a virus, in that case AIDS, which ended the life of dancer Jorge Donn.

Donn had been the star of the Béjart Ballet and, along with another art star raptured by the same disease as was Freddie Mercury, this one at the helm of Queen, they inspired a hymn to life that, this Friday, has served to inaugurate Peralada and perform a declaration of intent against the new pandemic.

This festival acts as a cultural flag in Spain and its way of claiming this area has been to start this dance show with music by Mercury and Mozart.

Peralada had already programmed the “Ballet for life” in 2010, but current circumstances have convinced its organizers that that message had to return to the stage to reconnect with a loyal audience that had to settle for the vast majority of following the edition of the last year across the screen.

Initially, “It’s a beautiful day” and Versace wardrobe deployment) to continue with a good part of Queen’s greatest hits, interspersed with some work by Mozart.

Humor on stage, in which pseudo-specters with ghostly movements gave life to songs like “I was born to love you” and, at the peak, “Bohemian Rhapsody” and “I want to break free”.

The last piece, “The show must go on”, has been another of those messages for the present moment, that the show must continue.

Without Maurice Béjart, Gil Román has directed this “Ballet for Life” since 2007, also known as “Le Presbytère”, without missing an iota of the speech that its creator conceived.

This time, the message has had more impact than before, at the beginning of 2020, the coronavirus reached Spain and shook health and the economy, but also consciences as AIDS did at the time.

It is not yet clear that society is going to leave it with a new improved spirit, but, since Peralada, the message has been that life is a gift to be squeezed and that, in any case, it always continues.

The festival therefore kicks off with this energy in an edition dedicated to one of its promoters, Arturo Suqué, who passed away on April 30.

The Bejart Ballet will now be followed by a whole rosary of performances scheduled until August 1, among which other dance pieces, but also opera, stand out, the axis of this summer event on the Costa Brava.

Without abandoning that position of remaining firm in the face of the pandemic, the organization has even dared with its own production, “Orlando (HWV 31)” by Händel, and with a recital by Sondra Radvanovsky, Jonas Kaufmann and Carlos Álvarez.

And the space dedicated to contemporary music with Rufus Wainwright and Silvia Pérez Cruz is also maintained. As Mercury sang, “The Show Must Go On.”