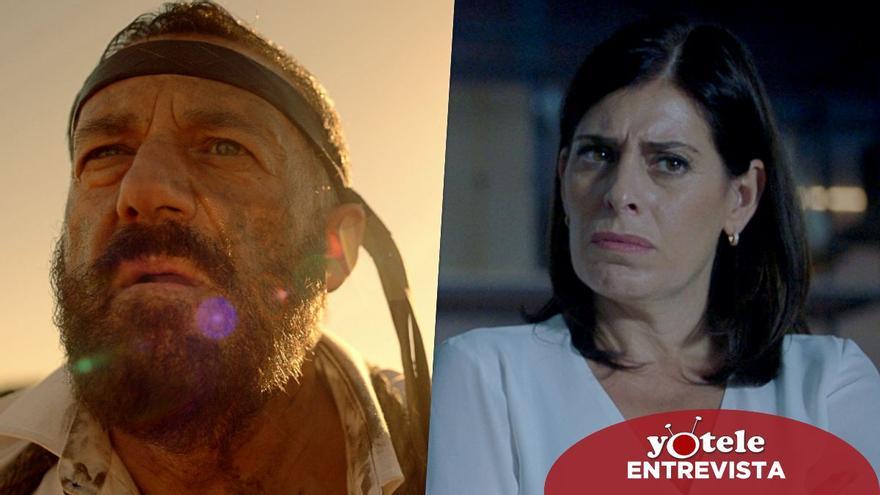 ‘Paco’s men’ come back this monday to Antenna 3 and Atresplayer Premium with some changes, but keeping the same essence as always. Pepon Nieto and Neus Sanz They will be two of the actors from the original cast that will be present in the 16 new episodes of Globomedia’s fiction, which will be divided into two batches. YOTELE talks to the actors about the series’ return, among other matters.

Time may pass, the essence will remain intact … 😏

We present you the official trailer for the new season! 😎

Do you hear them? #Paco’s men they are just around the corner 💥 pic.twitter.com/WdURu44myH

-How do you feel when you return to star in ‘Los Hombres de Paco’?

-Pepón Nieto: I am also very happy to have reunited with the family, to meet again with Mariano, who is a very important character in my professional life. You have forgotten it, you already think that you will never do it again and suddenly this opportunity arises, I have realized that the character is there, that I enjoy it a lot. I always tell Neus that we have done 16 chapters, but he would make me 16 more in a row without stopping.

– At what point are the characters 10 years later and what news are we going to see?

-PN: I think that the great success of the series is that, if we did 117 chapters in the first stage, this is not 118, it is not a continuation. In the 10 years that have passed, the way of telling fiction has changed. In my case, my character has not evolved much, he is still a San Antonio police officer, and instead of being a deputy inspector, he is now an inspector. Instead of being an inspector, Paco is a commissioner. From there he is more mature and careful, he has a wife and daughter. The evolution of anyone in 10 years, I would say.

-NS: In my case, Rita has a much more responsible position, she has two divorces behind her with her two children. He takes as much work as he can and added to his daily life. She has become more mature, but she keeps breaking up, gets emotional and lives with a teenage daughter who has some crazy ideas and takes us a bit down the path of bitterness.

–How has Mariano and si Rita improved and worsened with his evolution?

-PN: I think he has improved his sense, he is not so crazy. It has worsened in that he has lost that point of madness, of adventure, of throwing himself because he has other responsibilities and that is what happens to us when we get older, I live it like Pepón. The series is very close to the present and the characters to reality, they are very flesh and blood characters.

-NS: In my case, I believe that one of Rita’s great losses has been innocence and some change for the better has been maturity.

Is there anyone in the room who hasn’t found out yet? 🙄

On Monday you have THE appointment! ⏱

-Is there much more action? Where did you shoot? Was it very difficult with the pandemic?

-PN: It has been very complicated because we have been contagious some and we have had to stop shooting. But we have saved it and we have done 16 chapters. There is a lot of action, but above all it is shot in a different way, it is very spectacular. There is a lot of exterior, the level of production and invoicing is impeccable, we have shot in many spaces, but for the Community of Madrid.

-How has the reception of the new characters that are part of the series been?

-NS: The reception has been mutual, it has been good, of course. They arrived with vertigo, but we are very educated people, so we have many values. We have welcomed them so that they do not feel unprotected, they have been involved from the first moment, it seems that they are directly Paco’s men from the beginning.

-Which actor have you been most excited to meet again in this new stage?

-NS: I was very excited that they were all there, but with Juan Diego it was special. I have not had to record any sequence with him, the emotion of seeing Juan as a child, crying to see us all, was something very big and special.

´-PN: The most beautiful thing is having met Juan Diego, Juan Diego, a wonderful being of special light, an actor who is going to make history. We have learned a lot from him and we have laughed a lot, it has been very endearing to meet him again. Hopefully we can do more chapters all together, I think that’s the intention of the writers.

-The scriptwriter of ‘Los Hombres de Paco’ has said that they come back sexier, why do you think you come back like this?

-Do women take on more prominence and are more at the bottom of the canyon in this installment?

-How was the moment when they told you that the series was going to return?

-PN: They started out trying, because it was clear that if Paco’s men came back we had to be the same actors, it made no sense that, while the actors were alive, other of them would do. They started calling us and if we were interested in a possible return, it was very little by little. We did not want to do the same thing again, to continue where we left off 10 years ago, it is a success that the characters are in another place, in a different way, with another maturity and background.

-How was it to get the point of your characters again? Did it cost you a lot?

-NS:It was a bit tricky, because Rita had made a bit of change. The script is also in another tone. But they helped us a lot, the rest is easy, because when you work with wonderful people who help you, they make it easy for you.

A TVE reporter speaks after his controversial direct on the ‘Telediario’: “Calm down, please”

Jorge Javier pronounces on his supposed “war” with Carlota Corredera