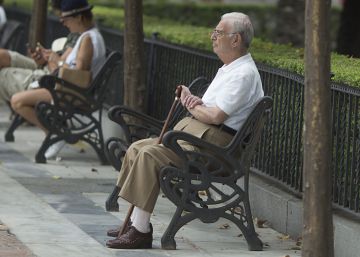 Social Security in December allocated the record figure of 9,759.8 million euros to the payment of contributory pensions, 4.7% more than in the same month of 2018, according to data published Friday by the Ministry of Labor, Migration and Social Security, which stressed that the growth of spending “has been moderating” since the beginning of the year, from around 7% in the first half of the year.

The number of pensions advanced 1.01% in December compared to the same month of 2018, to 9,801,379 pensions, a new system record. The Ministry has stressed that this is the smallest increase in recent years. Although the annual growth rate of the number of pensions is not the highest in the historical series of the last decade, with it 47 consecutive months of growth of over 1% have already accumulated.

Labor has insisted that the annual increase in the number of pensions is moderating. Thus, the new discharges of retirement pensions added up to November (latest available data) a total of 281,929, 8.8% less than in the same period of 2018.

On the other hand, the average pension of the system, which includes the different types of pension (retirement, permanent disability, widowhood, orphanhood and in favor of family members) in December stood at 995.76 euros per month, which represents an annual increase of 3 , 6%.

The average widow’s pension, meanwhile, has registered the largest year-on-year increase in relative values, 5%, to 714.9 euros per month, after the increase in the regulatory base on which this benefit is calculated from 56% at 60%

Work has highlighted that the number of affiliates for each pensioner stood in November (last data published) at an average ratio of 2.33.