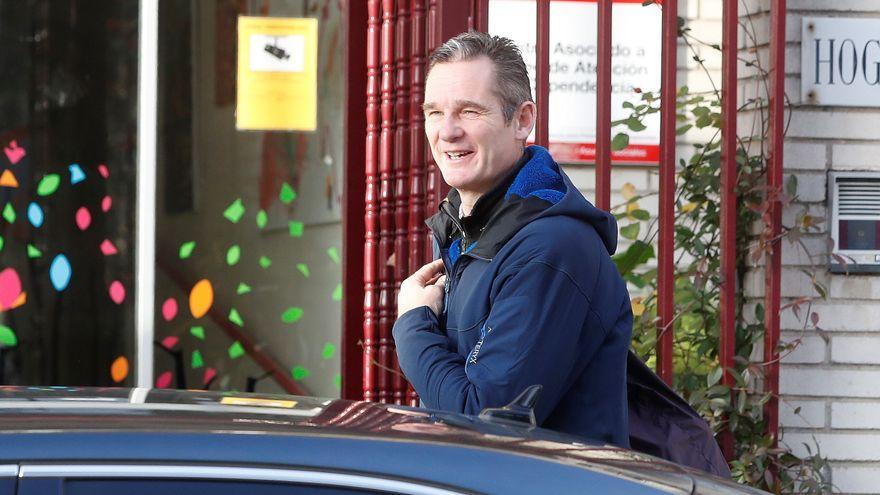 The General Secretariat of Penitentiary Institutions has agreed to grant Iñaki Urdangarin a flexible regime for serving his sentence that includes participating in the rehabilitation plan for economic offenders that the current administration has launched. Urdangarin will enter a Social Insertion Center (CIS), from which he will leave daily to work in the institution where he has been doing it, and to which he will return to sleep at the end of each day, they have informed elDiario.es prison fountains.

The Board of Treatment of the prison of Brieva (Ávila) had proposed to grant Urdangarin the third degree of prison, which would allow him to serve the rest of his sentence in a semi-release regime. However, Penitentiary Institutions have chosen to keep him in second degree but applying article 100.2 of the Penitentiary Regime, which allows the compliance regime to be made more flexible without the need to progress in the degree.

In this way, Urdangarin will go out daily to volunteer at Hogar Don Orione, the center for the disabled in Pozuelo de Alarcón (Madrid), which he has been attending three days a week since September 2019. At night he will sleep in the Insertion Center Social of Alcalá de Henares, where he will also spend the weekends, except for one a month that he will enjoy the permission he has granted. In the event that Urdangarin does not agree to join the Economic Crimes Program (Pideco), he will continue in Brieva classified in second degree, as before. If you do, you will be one of the first inmates to join the new program.

The General Secretariat of Penitentiary Institutions began working on the project, together with experts, more than two years ago when it detected an increase in inmates sentenced for economic crimes. Last October, there were more than 2,044 inmates for this criminal modality, which represents 5.6% of the total. The program will last between 10 and 11 months and consists of 32 sessions that will culminate in “reparative justice” meetings, that is, between the prisoners and the victims, whether direct or indirect, of the crimes of the convicted person.

The first sessions are intended to motivate the inmate by working on issues such as self-esteem, which experts have detected low in these types of offenders. In another module, social skills, narcissism, leadership, humility or empathy will be addressed. And in a third we will talk about the value system. With the encounters with the victims, it is a question of the convicted person taking responsibility, asking for forgiveness and looking for formulas that seek reparation, all on a voluntary basis.

At the end of November, the training process for the 40 psychologists who will teach the Pideco in 31 penitentiary centers and 9 of social insertion was completed. At that time, the process of selecting possible candidates to join the program began.

The Supreme Court confirmed in June 2018 the conviction of Iñaki Urdangarin for prevarication, embezzlement, influence peddling, fraud and two tax crimes, reducing in five months that had been imposed by the Palma Court in the Nóos case for the same crimes. Infanta Cristina’s husband is currently in the Brieva prison, where the men’s module remained empty until his arrival. Urdangarin chose to serve his sentence alone in this jail instead of another penitentiary center in which he could have carried out different activities accompanied by other prisoners. Brieva had no prisoners since the former director of the Civil Guard Luis Roldán served his sentence there.

By agreement of the Penitentiary Surveillance judge, Urdangarin began to go three times a week to the center for the disabled to volunteer, for eight hours each day, in September 2019, fourteen months after entering prison. Last July, the Brieva Treatment Board – a commission of social workers, psychologists and other officials that each center has – already requested the concession of third degree to Urdangarin due to its evolution, but Penitentiary Institutions also rejected it , although he gave him one weekend of leave a month, later ratified by the judge.