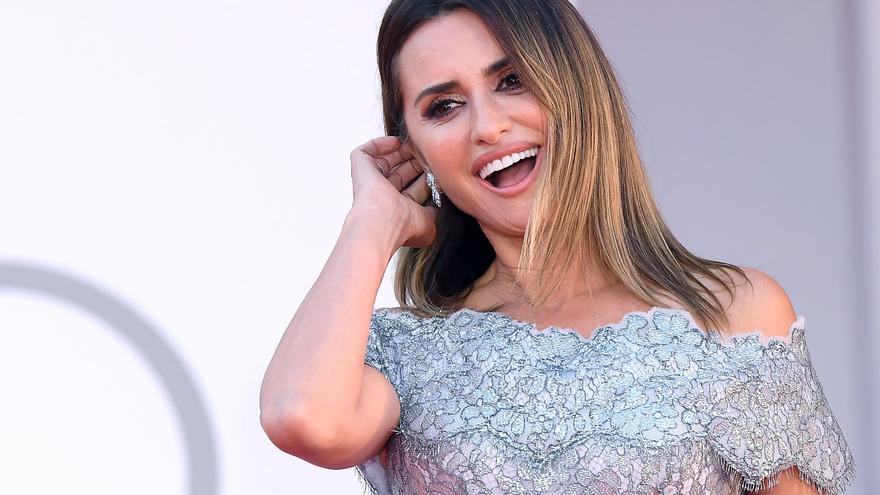 Venice (Italy), Sep 11 (EFE) .- The actress Penelope Cruz appeared today on the red carpet at the Venice Film Festival, where she is opting for an award for her roles in “Parallel Mothers”, by Pedro Almodóvar, and in “Official Competition” , by the Argentines Gastón Duprat and Mariano Cohn, both in the Official Selection.

The ceremony in which the prizes of the contest will be distributed will start at 7:00 p.m. local time (17:00 GMT) in the Palace of the Cinema of the Venetian Lido.

The presence of actors, actresses and directors on the red carpet of this gala usually indicates the obtaining of awards.

Cruz appeared in a dress with silver details to the shouts of photographers and cameras, because this year, like the previous one, there has been no public or followers because a wall was erected along the red carpet to avoid crowds and eventual coronavirus infections .

The Madrilenian, who hours before had been seen arriving on the Venetian island accompanied by her husband, Javier Bardem, who has not gone through the red carpet, has had a double participation in this 78th edition of the Venice Film Festival, in two tapes in Official Selection.

In the first place as the protagonist of “Parallel Mothers”, the last work of Pedro Almodóvar, co-starring with Milena Smit.

He has also starred alongside Antonio Banderas and Oscar Martínez in the film “Official Competition”, by the Argentines Gastón Duprat and Mariano Cohn.

The first time that Penelope Cruz went to Venice was with Bigas Luna with “Jamón jamón” (1992), which won the Silver Lion that year.

Paolo Sorrentino, author of the Oscar-winning “The Great Beauty” (“The Great Beauty”, 2014) and who has premiered his latest work, “È stata la mano di Dio” (“It was the hand of God “), along with its protagonist, Fillippo Scotti.

It was also possible to see Toni Servillo, Sorrentino’s fetish actor, who has been in triplicate at this Mostra, in the film by the aforementioned director; in “Qui rido io”, by Mario Martone, and in “Ariferma”, the latter out of competition.

In addition, some of the directors in competition, such as the New Zealand Jane Campion, who premiered her film “The power of the dog” or the American Maggie Gyllenhaal, who concurs with “The lost daughter”.

Bolivian Kiro Russo was also seen, competing with “The great movement” in the Horizons section, the second in importance of the contest, dedicated to the new avant-gardes.