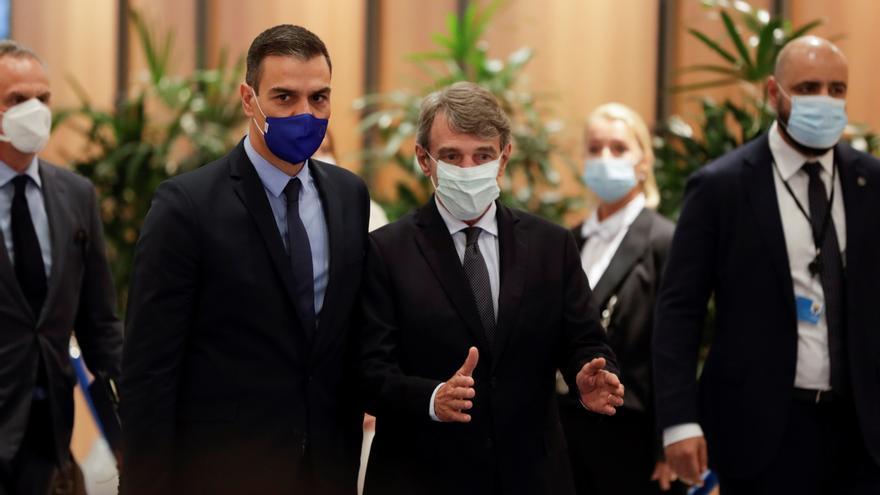 Priority for the recovery fund. It is the message that the President of the Government, Pedro Sánchez, wanted to convey during his visit to Brussels this Wednesday. The trip was planned as a prelude to a summit of Heads of State and Government that has been postponed for a week due to a positive covid-19 of a bodyguard of the President of the European Council, Charles Michel.

But Pedro Sánchez wanted to keep the agenda, which has consisted of meetings with representatives of the European institutions and the Secretary General of NATO.

“We are closely following the European negotiations on the Recovery Fund and the MFF. I spoke about this this afternoon with the President of the European Parliament [David ]. Ensuring its approval and start-up as of January 1, 2021 should be a top priority for all EU institutions, “said Sánchez.

Indeed, the recovery plan and the multiannual financial framework, the EU budget for 2021-2027, were agreed by EU leaders at a five-day, five-night summit in mid-July. But now they have to be ratified by the European Parliament, which participates in the negotiations with the Council of the EU (governments) and the European Commission, and can introduce changes in elements such as the conditionality of funds in relation to state compliance. of Law or the governance of the recovery fund itself, in which you want to play a role.

A key role that the European Commission does play, which will have to issue debt worth 750,000 million euros to finance the recovery fund and the national programs that must have its approval. Thus, Sánchez has met with another Italian socialist, the Finance Commissioner, Paolo Gentiloni, to talk “about economic prospects [el presupuesto plurianual] and the Next Generation EU [el fondo de recuperación]”.

“An effective application of European funds is vital to guarantee the recovery and transformation of our economies after covid-19,” said Sánchez. In effect, Spain is waiting for 140,000 million to arrive, between loans and grants, between now and 2023.

According to the calculations of the European Commission, which recently published a guide to access the funds, the money could begin to arrive in the first half of 2021. However, for that, parliamentary procedures must be completed in Brussels and in the Member States, which they must approve the increase in the spending ceiling of the EU budget to enable the Commission to issue community debt.

Sánchez has discussed with the head of European diplomacy, Josep Borrell, the main issues that were scheduled for this Thursday and Friday before the summit of EU leaders was postponed for a week. “Belarus, relations with China or the situation in the Eastern Mediterranean have centered my conversation with Josep Borrell”, said Sánchez:

“The work of the High Representative is essential for the European Union to act together in the face of its new challenges in foreign policy,” said the Prime Minister. However, while international policy requires unanimity, the EU has blocked the possibility of sanctioning Aleksander Lukashenko’s government for the Cyprus veto until Turkey is sanctioned for its exploration in the Mediterranean.

Precisely that conflict with Turkey could have an exit horizon if the talks between Athens and Ankara bear fruit, something that Sánchez has spoken about with NATO Secretary General Jens Stoltenberg.