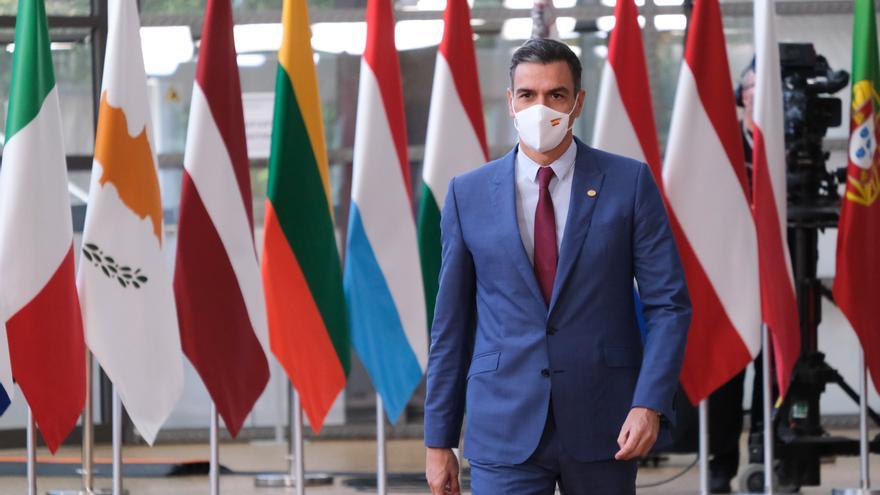 The announced measures are "insufficient". And more are needed, "more intense and faster." The President of the Government, Pedro Sánchez, has regretted, in a statement without questions in Brussels, the actions taken to date by the European institutions to address the energy crisis and the record prices of electricity. The last of them, the one announced this Wednesday by the Community Executive, has to do with a Spanish idea, the joint purchase of gas and energy reserves, but its voluntary nature and conditionality in times of emergency and supply crisis means that, moment, they cannot get going.

The European Commission also published in October a Toolbox which, basically, was a compilation of national measures that could be implemented by the 27 governments.

In short, "it is insufficient", said Sánchez: "We continue with rising energy prices throughout Europe, by the way, and we need to review the way in which the formation of energy prices is structured at the European level" .

"I think it is essential that the European Union take measures and that they take them more intensely and much faster," Sánchez continued: "That is what I am going to defend in the European Council. [que se celebra este jueves en Bruselas]. It is true that the European Commission has accepted one of the proposals of the Government of Spain, which is the centralized purchase of gas and therefore also being able to have a strategic gas reserve in Europe. But it is insufficient. "

Joint purchases in the face of energy crises

The Brussels proposal, within the package to decarbonize the gas market, arrived on the eve of the European Council this Thursday, which will also address the energy crisis. The package "includes measures that can be activated for emergency situations, in the event of an EU supply crisis, including joint procurement of gas stocks."

And how can joint purchasing and storage affect? According to Brussels, its proposal "on the efficient use of gas storage and on voluntary joint procurement" foresees that the Member States "make an analysis of their storage levels and of the potential risks related to the security of supply, also when the storage is owned by third-country entities ".

"Whenever risks are identified," says Brussels, "possible countermeasures should be introduced from a range of options, including minimum storage obligations, tenders or auctions. Member States will have to agree on the procedures for activating these measures and joint funding. They will benefit from facilitated cross-border gas exchanges and transparent cross-border access to storage facilities. "