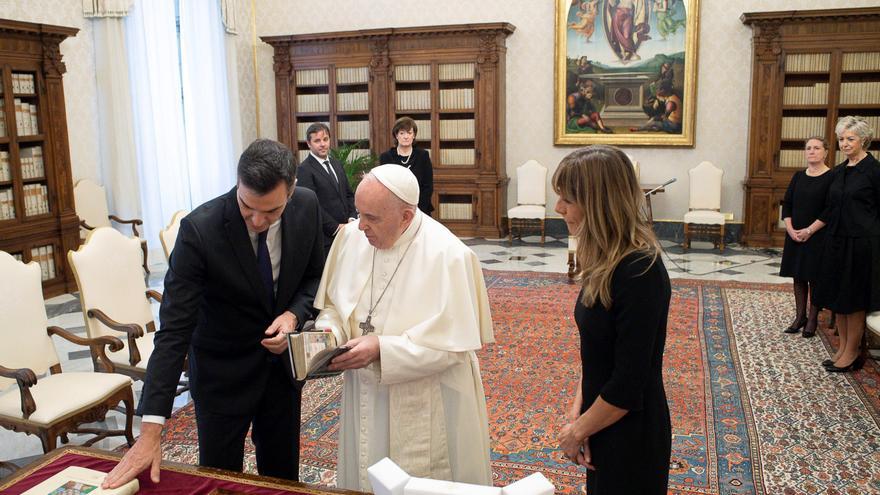 Barely a week after Cardinal Omella's meeting with Pope Francis, as part of the ad limina visit, and after successive meetings between the President of the Episcopal Conference and the Minister of the Presidency, Félix Bolaños; and the Cardinal of Madrid, Carlos Osoro, with Minister José Luis Escrivá, Sánchez and the Archbishop of Barcelona will face each other to address various issues of the relationship between the Executive and the Catholic Church.

Although none of the parties has wanted to state it publicly, the change in position of the Holy See, ready to open the melon of the Church-State Agreements of 1979, has speeded up the pace of talks between the Church and the Government both in tax matters and in issues relating to registrations, and the opening of humanitarian corridors for refugees.

Bolaños will accompany the President of the Government in this interview with Cardinal Omella, in which various issues already addressed in the meeting almost a week ago will be dealt with. Specifically, the review of the lists of assets registered by the Church, social protection, child abuse and the implementation of the education law. In principle, the spokesman and general secretary of the EEC, Luis Argüello, will not be there either, since he would have to be in Rome on an ad limina visit. The vice president, Carlos Osoro, will not be able to attend either, having tested positive for coronavirus.