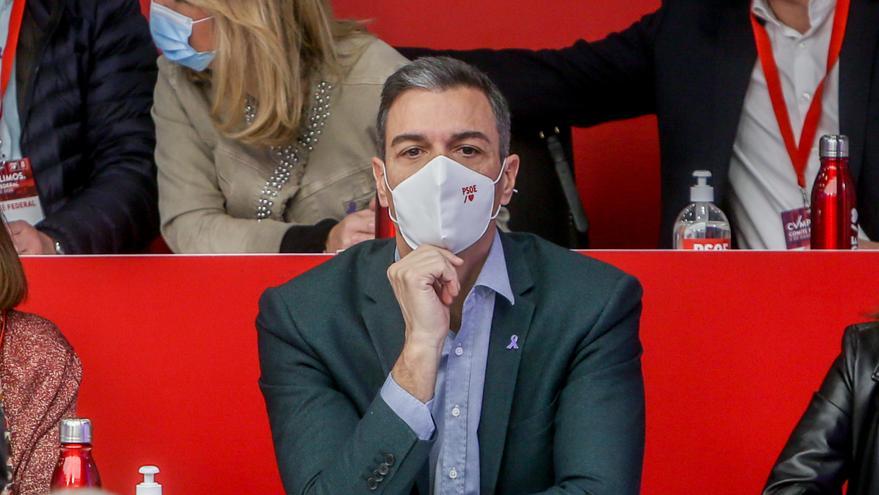 The socialist spokesmen had it easy in the face of the first criticism from United We Can of Pedro Sánchez's decision to support the path of autonomy for the Sahara within the kingdom of Morocco. Foreign policy is marked by the President of the Government in this and in all governments. It sounds logical. But it seems that is not the case when it comes to accountability. Suddenly, the magic of democracy takes on a more miserable air and the president can move on from giving explanations as soon as possible in Parliament with the mission of explaining such an important and supposedly wise decision. Sánchez will not appear this week in Congress and will do so next week, although in a diluted format. He will talk about the last European summit, the war in Ukraine and the energy crisis, as well as the Sahara. Since he doesn't have a time limit, he will be able to put in whatever cap he wants. Speakers from other groups will not be so lucky.

The PSOE gave on Tuesday a nice show of launching the legislature into the garbage dump of parliamentary democracy. The most relevant change in the Spanish position on the Sahara since the 1980s did not seem to require any urgency in the obligation to inform parliamentary groups. Several opposition groups and allies of the Government demanded in the Board of Spokespersons the appearance of Sánchez in a monographic plenary session. The PSOE vetoed it. It is worth it with the presence of Minister José Manuel Albares on Wednesday at the Foreign Affairs Committee.

The opacity could have been even higher. The initial idea of ​​​​the PSOE was that Sánchez would not appear next week. If anything, the next. The socialist attitude is that there is nothing to discuss about the Sahara. As if the Government had limited itself to promising an increase in Moroccan tomato imports.

The press conference after the Council of Ministers did not offer great revelations either. "At the moment in which we inaugurate a new stage (in relations with Morocco), it is convenient to look forward and not backward," said Isabel Rodríguez, which is what politicians say when they have nothing to say. As a starter, it is frankly improvable. Above all, if the controversial issue is the decolonization of the Sahara, an open wound in the throes of Francoism and that has not yet been closed.

It was not the only moment in which the spokeswoman minister opted for a speech that is out of reality. The agreement with Rabat "does not affect relations with other countries," she said. If that were true, the Algerian government would not have called her ambassador in Madrid for consultations, the obvious gesture of displeasure that diplomatic relations allow. The Polisario Front would have ceased to exist decades ago if it had not had the support of Algeria. Everything that has to do with the Sahara influences relations with Algiers.

What the president will have time for is to do some public relations. Visit this Wednesday Ceuta and Melilla. The presidents of both cities have received the agreement with great satisfaction. Perhaps there, for that chest, concrete a little more that reference to "territorial integrity" that is better defended thanks to the agreement with Rabat. In any case, Morocco will never give up its symbolic claim on the two cities. Another thing is that he is in a position to endanger his belonging to Spain.

There is a second paradox that threatens the credibility of the socialist position. In the arguments of the PSOE disseminated to its leaders, the bold statement was made that "there has been no change of position in relation to the Sahara". At the same time, the Foreign Ministry boasts that the change that cannot be called change opens "a new stage" in relations with Morocco. That is what Albares said on Friday when he said that this new stage will serve nothing less than to "guarantee stability and territorial integrity in both countries."

Now it turns out that without any change, Morocco has shown its joy and agreed to send its ambassador back to Spain. There is no argument in the world that can strain this contradiction.

On the contrary, the Government walks on more solid ground in the face of criticism from the PP and other groups for not having previously informed of the decision. Unlike Morocco, it is difficult to guarantee discretion in Europe when it comes to diplomatic negotiations. There is always someone who tells it ahead of time. The way to compensate for this secrecy is for the head of government to assume the responsibility of informing Parliament as soon as possible. Twelve days will pass from when the news was known until Sánchez speaks about the matter in Congress. And that because of the pressure from other parties.

Coming from a president who does not have an absolute majority in Parliament, one must doubt whether Moncloa knows what can happen if he persists in disregarding his obligations to the legislature. Sánchez is not Biden or Macron, he is not a president who can use a presidential system in his favor. Adding this crisis to the absence of effective measures to deal with inflation and energy and fuel prices, some partners do not hide their discomfort and even perplexity at the attitude of the president and his party.

"If you don't react immediately (in the face of the economic crisis caused by the war), the government can get the legislature out of hand," Íñigo Errejón warned on Tuesday. "I don't like the drift the government is taking," said Joan Baldoví. Gabriel Rufián preferred directly trolling the parties of the coalition government with a proposal to United We Can so that it coldly weigh the advantages of leaving the PSOE alone and decide "how they can be useful, whether outside or inside the Government". now.

United We Can continue in the Government. It is what he has said. It is a bad time to start a fire with lethal consequences. The kind of fire that puts you in danger of losing the next election. What these parties are not clear about is whether Sánchez is fully aware of this.