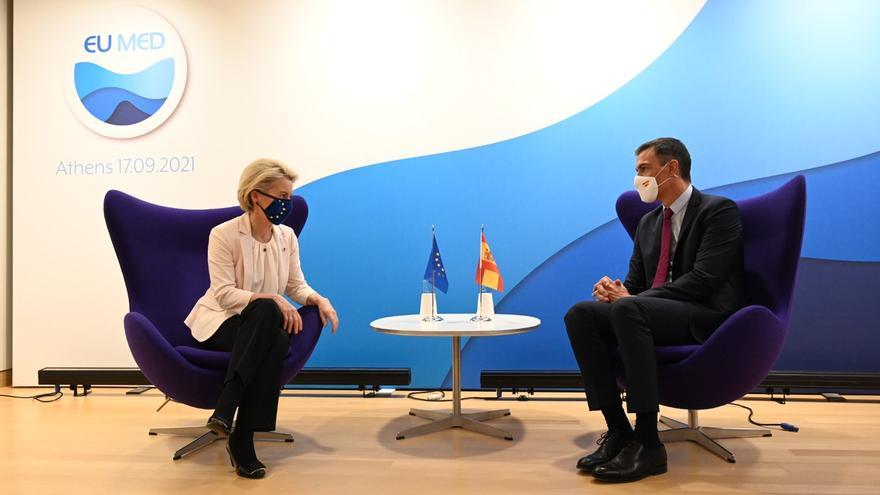 The rise in electricity prices is hitting Spain. But it is not the only country in the European Union with this problem. The common market, according to Brussels, is helping prices are not as high as in the UK, for example, but the fact that it is a market where light is sold at the price of the most expensive technology is causing in Spain everything is sold at the price of gas, which is now out of control.

"We are all adopting national responses," said the President of the Government, Pedro Sánchez, at the EU Summit of Mediterranean countries, held this Friday in Athens: "But it is a European problem that must be addressed by the entire Union European ".

Sánchez has placed the debate in a field that has a lot to do with the discussions in Brussels: strategic autonomy. A strategic autonomy that has to do with reducing dependence on other actors in fundamental matters, be it the manufacture of medicines in the face of a pandemic; the inability to evacuate people from the Kabul airport or, in this case, from the energy markets: "It is at the European level that we are going to be able to assert our specific weight in international relations with a view to that strategic autonomy and give more answers efficient at the price of energy ".

Sánchez, in this sense, has acknowledged: "We have responded with our national instruments, but if we want a just ecological transition, we must open a European debate on the regulatory framework of the electricity markets and think about a strategic autonomy of energy and natural gas. These are debates that we have raised with other colleagues, and which will need to be opened throughout the EU. "

The Prime Minister has also launched a proposal to his colleagues in light of the natural disasters that are occurring as a result of the climate crisis, in the form of uncontrollable fires, as in Greece, or large floods, as in Germany or Belgium.

"The experience since 2008," said Sánchez, "has been the constitution of the Military Emergency Unit, as part of the civil protection system that we have." The Prime Minister added: "Explaining what the Italian Prime Minister, Mario Draghi, and the French President, Emmanuel Macron, have said about the Europe of defense, I add the concept of security to start working on an embryo of military response ".