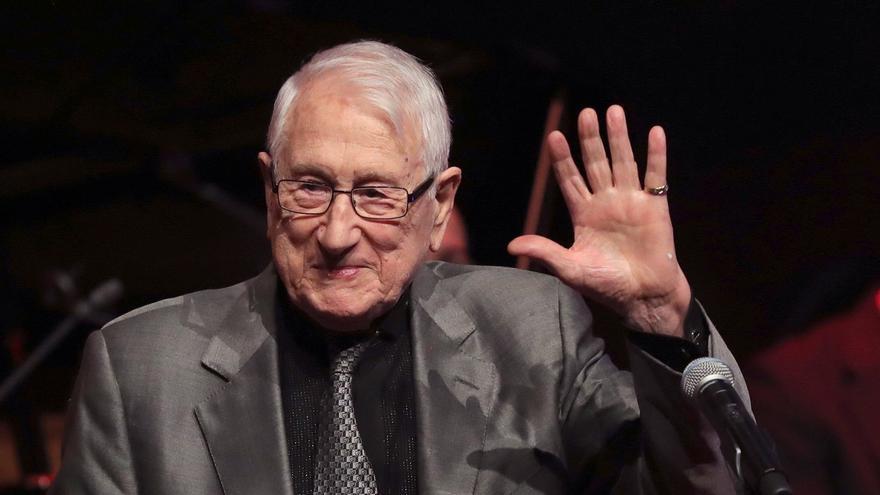 The Navarrese saxophonist, clarinetist and composer Pedro Iturralde has died this Sunday at the age of 91, as reported by Radio 5.

Iturralde was a professor at the Madrid Conservatory and collaborator with the RTVE Symphony Orchestra. In 1992 he received the award for Musical, Literary and Plastic Creation of the Community of Madrid. The musician, considered one of the great figures of Spanish jazz, alternated pedagogical tasks with the interpretation of jazz throughout his life.

In 1965, Iturralde recorded the album Jazz Flamenco, in which he collaborated with guitarist Paco de Lucía; and in 1968 he collaborated with the pianist Hawpton Hawes to record, together with his quartet, Pedro Iturralde Quartet Featuring Hawpton Hawes. In 1972 he moved to the United States to study at the Berklee College of Music, Boston, for which he received a scholarship.

In that same year he was awarded the first prize in a composition competition, in the city of Monaco, with the piece Like Coltrane. In 1978 he again won an award, this time the second prize for composition, at the Monaco Festival, with the composition Toy.

Iturralde collaborated with the National Orchestra of Spain and with the RTVE Symphony Orchestra, as well as with the Víctor Martín Chamber Orchestra, apart from his classical performances, as a duo, with the pianist Agustín Serrano.

Also, his appearances with the Saxophone Quartet stood out, with which he recorded the album ‘Sax a Pel’, in 1994; or together with the L’Ensemble de Saxofones de Lyon. It is also worth highlighting his work as a composer of film soundtracks, among which we can highlight his musical direction and composition in the film The journey to nowhereby Fernando Fernán Gómez.