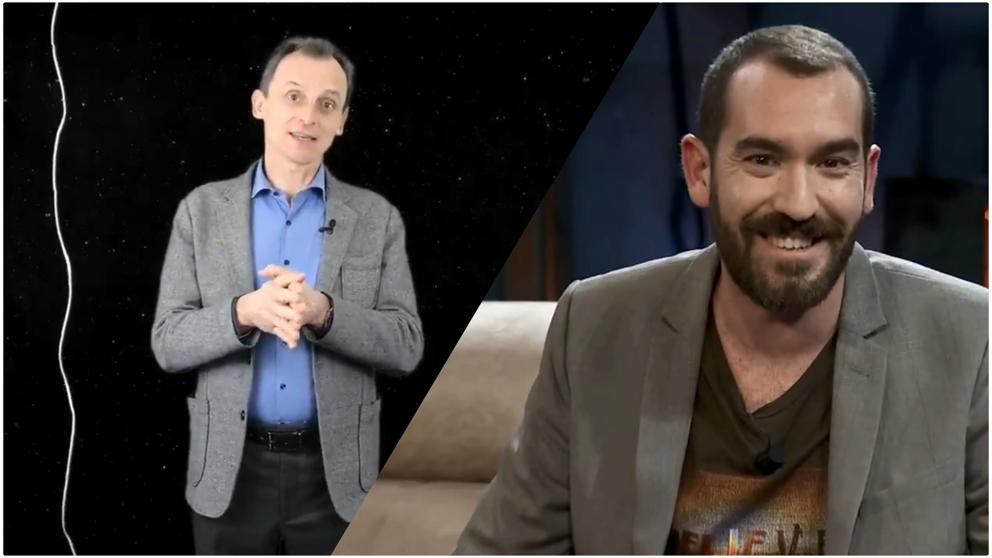 Would it be possible for a person from Earth to move a satelite that was tied with a rope very long? This surreal question was launched Jorge Ponce last thursday in
The resistance
Going directly to the Minister of Science and Innovation, Pedro Duque. The former astronaut has picked up the glove and has recorded a very didactic video to explain why It would not be possible.

Ponce spoke in David Broncano’s program that he had found three-atom ropes on the Internet and that, with them, it was feasible to move a sitting satellite from the Harlequin Theater sofa . Duque has not found that material that the Malaga comic was talking about, but points out that today our technology would not allow us to fulfill such a deed.


“The strongest thing I could find is the carbon nanotube material, 25 times stronger than steel. To reach that height of 36,000 kilometers you would have to use thousands of tons of that cable, with a counterweight on the other side of similar size … and I do not think that we have any strength in the arm to move thousands of tons”, Exposes the minister.

In the Duke video, recorded as if it were a youtuber in which the joke of pulling a rope is not missing, the former astronaut points out that in the 60s, the Russians first and then the Americans, thought about the possibility of creating a space elevator to connect the earth’s surface with space. That would have saved fuel and rockets, but it was unfeasible.

Although the question may seem silly, Pedro Duque he thanks her and remembers that the “scientific advances of greater impact have been the fruit of trivial experiments”. In addition, it ensures that this interest of The resistance due to scientific and technical reasons, it can “awaken vocations among the youngest”.

“Curiosity leads to questions and no dumb questions. All lead to think and flow. By answering them you always gain knowledge. A hug to all and continue giving the coconut, ”says Duke. Jorge Ponce has already thanked him on Twitter for the video telling him that it is “Minister of Science and my heart“

Clapés, the most expected return on Rac1

What to see on Saturday April 4 on television?

Logan Williams, young Barry Allen, dies at 16 in ‘The Flash’