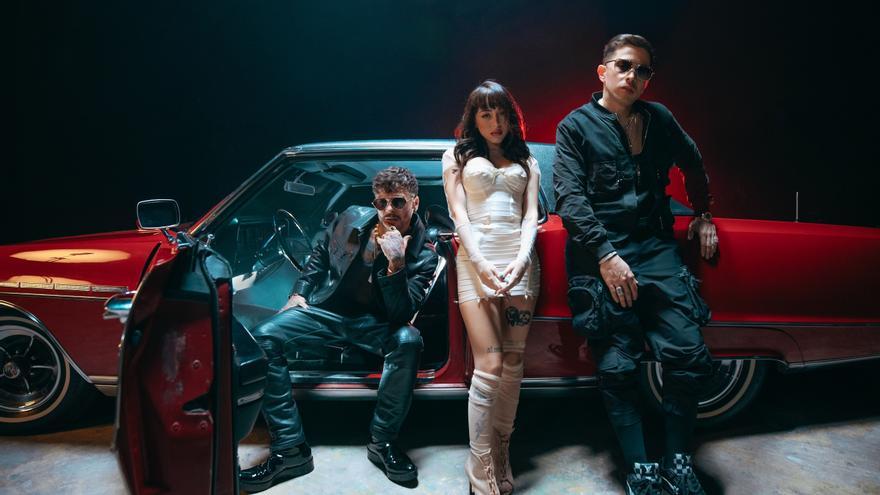 San Juan, Apr 29 (EFE) .- The artist Pedro Capó brings together Argentine rapper Nicki Nicole and reggaeton singer De La Ghetto in “Tu Fanático Remix”, a new version of the song of the same name that comes out this Thursday at the sale and that, as the Puerto Rican pointed out to Efe, adds new rhythms that give the single a special character.

“It is a very refreshing song to which Nicki Nicole and De La Ghetto contribute with their personality that I am sure the public will love,” the Puerto Rican singer stressed about “Tu Fanático Remix.”

The song can be purchased from today on all digital platforms and is accompanied by a music video available on Pedro Capó’s YouTube channel.

DELIGHTED WITH THE COLLABORATIONS

“In the case of Nicki Nicole, I did not know her personally, but I was convinced that she was the right person for this song,” said Capó.

He and De La Ghetto did know each other and it was a sure bet for the success of this version of “Tu Fanático.”

“I love collaborating with artists and, moreover, it is a demand of the people,” said Capó about an increasingly common trend in the world music market.

Considered an intense ballad, “Tu Fanático Remix” opens a window to two artists who come from the urban genre with the aim of enriching the original theme.

Capó stressed that it is a daring song that talks about obsession and sexuality.

“I think we have all experienced it. ‘Tu Fanático’ is the future sound of my proposal. We become visceral, we take out our animal instinct and we obsess over people and life. That is my way of expressing it,” he added.

WORKING ON THE NEXT DISC

He was optimistic about when he will be able to get on stage again, hoping that by the end of this year things will have changed.

He explained that he has taken advantage of these months away from the stage and from his followers to turn to the creative facet in study.

“I’m working on the next album,” Capó stressed, a time that he is taking advantage of since this summer it will not be possible, again, to perform live in concert because of the covid-19 and asked his followers for patience to be able to enjoy of the concerts.

Directed by Daniel Eguren, the accompanying music video brings together the three artists and portrays the passion of the song.

The original version of “Tu Fanático” appears on Capó’s album “Munay”, released in September 2020 and is certified four times Platinum in the United States and Puerto Rico.

It has generated more than 5.3 billion views and is also certified as a Diamond record in Argentina, four times Platinum in Colombia, Double Platinum in Peru, Platinum in Brazil, Mexico and Spain, as well as Gold in Hungary.

The album was nominated in 2021 at the Premio Lo Nuestro for Album of the Year-Pop and, at the Latin American Awards 2021, for Favorite Pop Album.

In addition, his latest collaboration “Castigo” with the Puerto Rican trio Los Rivera Destino garnered more than 2 million views in its debut week.