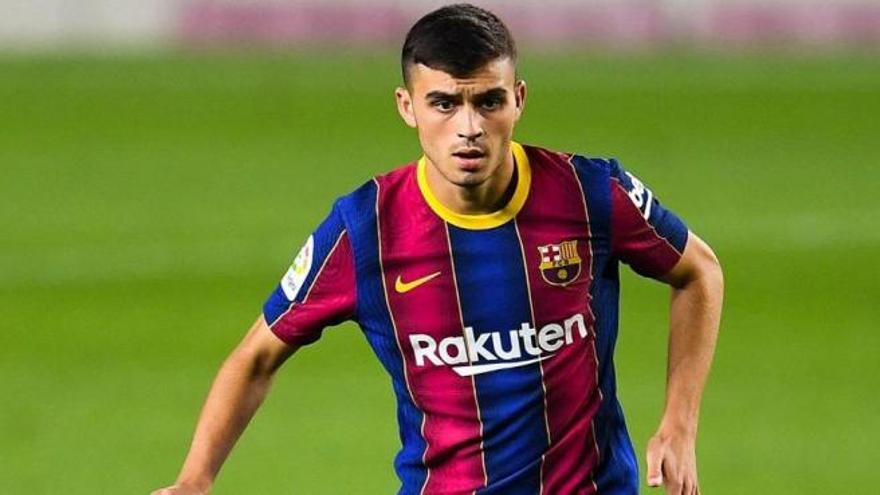 The best Barça in history has yet to find an heir to Xavi Hernández, Carles Puyol and much less Leo Messi, but Andrés Iniesta seems to already have someone following in his footsteps: Pedro González 'Pedri'.

After missing the first half of the season due to injury, the midfielder from Tenerife has returned to an excellent level, which has led the Barça coach to compare him with who was his best squire on the pitch.

"In terms of talent, I haven't seen a player like him in the world. There isn't. He reminds me of Iniesta, bridging the gap. If we talk about pure talent, he's the best in the world. For sure," Xavi said after the exhibition of the Canarian player in the victory (4-0) against Athletic Club.

Pedri's way of dancing on the pitch imprints the same tranquility that Iniesta brought. In the same way as the player from La Mancha, the man from Tegueste is capable of pausing the rhythm, pushing the matches towards Barça's characteristic play of position and hiding the ball until driving the rival to despair.

But he also has the poison to make the decisive pass between the lines and even to finish the play himself, as evidenced by his goals against Athletic Club in the Copa del Rey and in the Barcelona derby against Espanyol at the start of 2022.

For the newspaper library there will be the pipe with his back that Pedri made this Sunday in the second half to Mikel Balenziaga, who put the Camp Nou on its feet and reminded Juan Román Riquelme of Mario Yepes on May 24, 2000 in a Boca Juniors- River Plate of the Copa Libertadores.

"I was screwed up in case I lost it. I didn't even believe it," Pedri told Movistar+ at the end of the match. Plus, he downplayed the multitude of accolades he's been receiving in recent weeks. "I have to work hard to be someone in the world of football," said the current Golden Boy.

His great moment comes after being practically unpublished during the first half of the season. Pedri was injured in the quadriceps of his left leg in the defeat (0-3) against Bayern Munich at the Camp Nou on September 14 and the injury relapsed on the 29th of the same month in his reappearance at the Estadio da Luz in the defeat against Benfica (3-0).

The Barça midfielder did not set foot on the pitch again until January 12 in Riyadh (Saudi Arabia) in the semifinals of the Spanish Super Cup against Real Madrid, in which he jumped onto the pitch at half-time and became a piece key to take the match to extra time, in which he could not avoid Barça's defeat (2-3).

Gone is a 2020-2021 academic year in which Pedri played 74 games between Barça and the Spanish team, including those of the European Championship and those of the Tokyo Olympics.

Ronald Koeman gave him two short weeks of vacation between the end of August and the beginning of September, but the player did not even complete them of his own free will, thirsty for more football. The bill came shortly after.

Now Pedri is the beacon of a Barça midfield full of talent and youth. Together with him, Pablo Páez Gavira 'Gavi' (17 years old) and Nico González (20) grow at a devilish speed in the team under the guidance of Xavi Hernández. The Barça of the future is increasingly present.