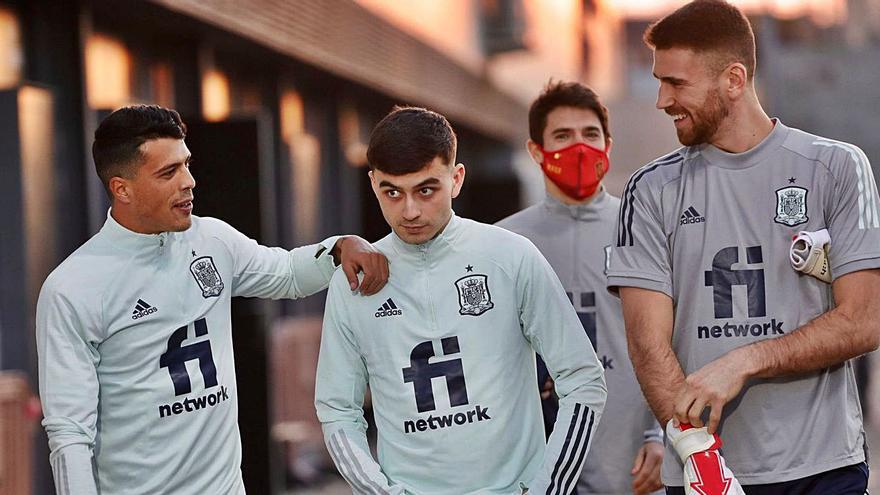 Barranco Seco forged it last season and Ronald Koeman is polishing it up this season with the Football Club Barcelona shirt. 42 appearances with the Catalans –28 in the League, 7 in the Champions League, 5 in the Cup and 2 in the Super Cup–, have allowed the Asturian coach to summon him on the list of 23 to face the triple commitment of the Selection in the last international window before the dispute of the Eurocup. The next challenge in the unbraked trajectory of the Infante de Tegueste.

The international calendar, interrupted by the incidence of the coronavirus since last year, a fact that caused the suspension of the European Championship and the Olympic Games, has brought about a readjustment in the appointments of the National Team. That is why Spain faces the qualifying phase of the Qatar 2022 World Cup in averages of the continental tournament dispute and on Thursday it opens its group against Greece (7.45 pm) in La Cartuja.

That first match in Spain may mark the debut of Pedri, who yesterday already sweated his first drops of sweat with his teammates in the National Team, in Las Rozas.

After the clash against the Greek team, Pedri will be on a trip to Georgia for the second international match (5:00 pm), which will be played at the Dinamo Arena and will be attended by 18,000 spectators at the Tblisi stadium.

Spain finally plays against Kosovo on March 31 at 7:45 p.m., also in Seville.

From Barranco Seco to Las Rozas

Rahm is shipwrecked in Valderrama and Frenchman Langasque takes the lead