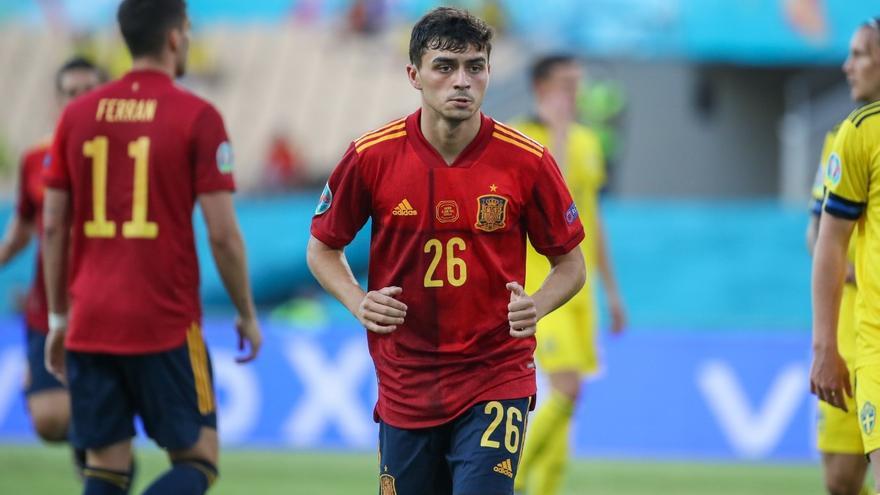 Luis de la Fuente, Spanish Olympic coach, gave this Tuesday the list of 22 summoned, 18 plus four substitutes, in which it included Marco Asensio, after resigning from the European Under-21 in 2019 that gave the ticket to the Olympic Games, and Dani Ceballos, and six players who are playing Euro 2020, including the Tenerife Pedri.

Also on the list of the Olympic team is the goalkeeper of the Las Palmas Sports Union Alex Dominguez.

Unai Simón, Eric García, Pau Torres, Pedri, Dani Olmo and Mikel Oyarzabal will engage in the Eurocup dispute, in which Luis Enrique’s men reached the quarterfinals yesterday after beating Croatia 3-5 in extra time, with the concentration of the Spanish Olympic team.

All of them will join, at the latest if Spain reaches the final, before leaving for Japan on July 13.

De la Fuente had available three places for those born before January 1, 1997, for which it was speculated for several months that one of them could be for Sergio Ramos and that he has finally been left out since the technician chose to mix the Under-21 generation of 2019 with that of 2021. The chosen ones have been Marco Asensio, Mikel Merino and Dani Ceballos, all of them born in 1996.

A call in which the coach opted in defense for the versatility of Óscar Mingueza and Marc Cucurella.

In the center of the field he chose footballers of great confidence for him. Martín Zubimendi was the anchor of the team during the recent U21 European Championship in which Spain fell in the semifinals against Portugal, while Ceballos and Merino played that role in 2019.

Of the list of 22 players, 18 will be permanent and four will travel to Japan as substitutes and will only participate in the event of a loss, in the form of injury or positive, although all players will go vaccinated to the Japanese country. One of them will be safe, except for a setback, Álex Domínguez, traveling as the third goalkeeper.

Those selected will be concentrated on the 30th at 8:00 p.m. CET and the next day they will exercise at the facilities of the Ciudad del Fútbol, ​​before traveling to the Alicante town of Benidorm, where they will prepare prior to the Games.

Spain, classified as European Under-21 champion in 2019, will return to the Olympic Games after being absent in Rio 2016. In Group C, it will debut in the opening match on July 22 at the Sapporo Dome against Egypt, champions African, and three days later, on Sunday 25, Australia will be measured.

The third game of the group stage will be on Wednesday 28 against Argentina, South American champions, at the Saitama stadium.

The ‘Guerreras’ pass their first exam and look to the quarters