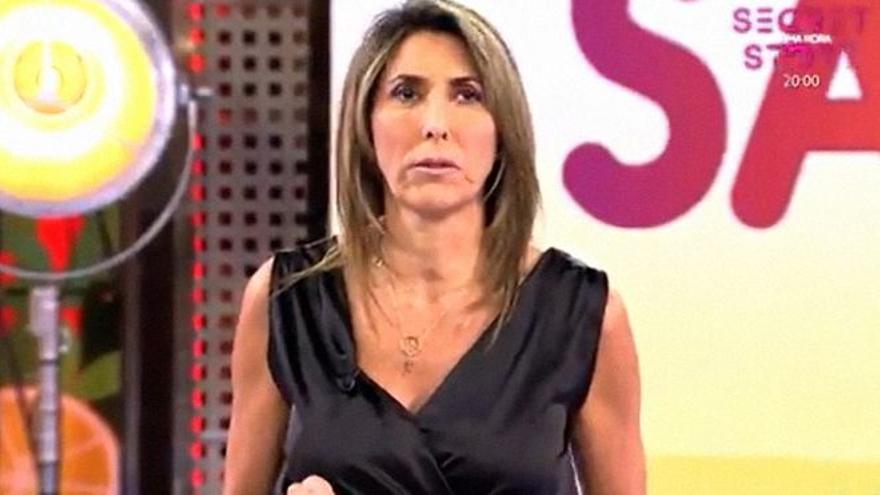 Paz Padilla has been forced to clarify during the afternoon of this Wednesday in ‘Save me’ an unfortunate comment. The Telecinco program has echoed in its delivery today the heartbreaking story of Sofía Cristo in ‘Secret Story’, where last night she revealed that she had suffered sexual abuse when she was five years old.

The presenter, who was talking about this matter with Dr. Sánchez Martos, has outraged many viewers on social networks by stating that a family can be “unstructured” if an abuser is reported who is the victim’s “grandfather, uncle or brother”.

Paz padilla here is the video of the brutality of this woman if you said so. #yoveosalvame pic.twitter.com/pdHub989xv

Due to the commotion that has been generated, Paz Padilla has stopped the program to clarify what happened. “I want to make a very serious clarification for myself. I think I have been misunderstood.”, has assured.

“At no time have I said anything about that. I want to make it clear that I was talking with the doctor about how the law has changed. Now you can report this type of crime up to the age of 35,” he continued explaining while stating that “these crimes should not prescribe” never.

Paz Padilla clarifies her position on the abuse: “An abuse of a minor or any age must be punished” #yoveosalvame pic.twitter.com/p52hkZi2Kw

The woman from Cádiz added that “each person needs their time to assimilate, direct and if they want, report”. “At no time have I said that this type of crime is not reported. What’s more, I would like all those who have suffered them to be able to report it,” he insisted.

With a serious face, Paz has stressed that “The culprit has to be prosecuted and tried, whether family or not”. “At no time have I said or thought about it. An abuse of this type should be punished and reported,” he settled before continuing with the program.