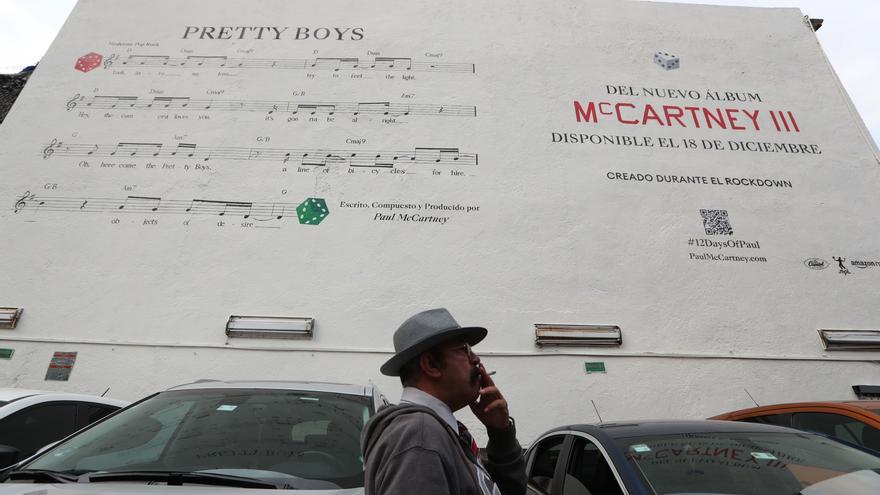 Mexico, Dec 9 (EFE) .- British musician Paul McCartney chose Mexico City, among some others, to show previews of his new musical production by posting the score of "Pretty Boys" on a wall in the Mexican capital.

A spectacular mural located in a parking lot in the central Zona Rosa of the Mexican capital announces that on December 18 the result of the "rockdown" will arrive, as he called his situation in quarantine and that he lived for almost all of 2020

"Written, composed and produced by Paul McCartney", says the legend at the end of the song's score, whose painting process was shared by the same singer on December 6 on social networks through a video in fast motion.

The advancement of the single is somewhat unusual, because only those who can read music will be able to know what the first song of the English singer sounds like.

However, Mexico City is one of the 12 cities on whose walls the British musician decided to share his works.

In Toronto, Los Angeles and Sydney, for example, the songs "Women and Wives", "Deep Deep Feeling" and "Lavatory Lil" were unveiled, which some followers have already shared how they sound on networks.

The album, which will be released at the end of the year, is entitled "McCartney III" and is the result of the quarantine due to the coronavirus pandemic.

According to the former member of The Beatles, he had nothing concrete planned in terms of his music, but he finally realized that while at home he composed for himself what he likes, without having to think about what would work.

This 2020 is half a century since the artist published in 1970 his first album outside the band that saw him grow up and which he titled "McCartney". In 1980 he released "McCartney II" and in this peculiar 2020 he wrote the third volume.