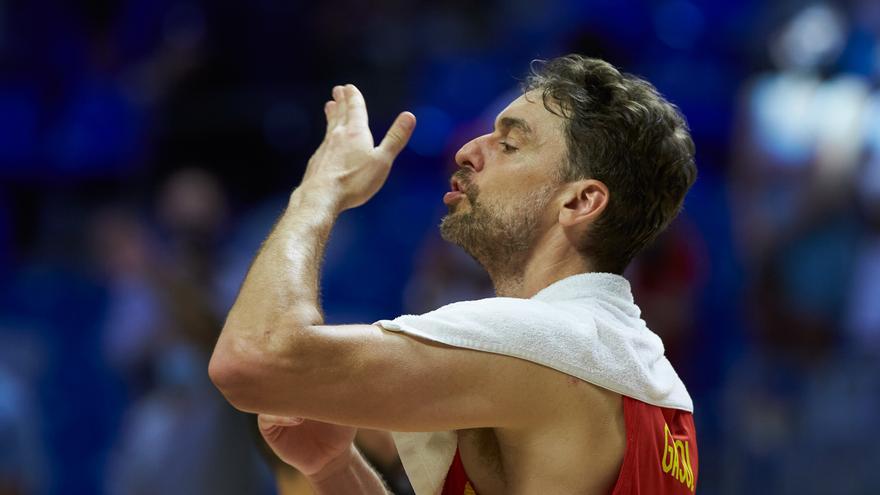 Music has always played an important role in the life of Pau Gasol, fan of singing and apprentice pianist, fan of opera, friend of musicians like the Tow, Placido Domingor or the ill-fated Pau Donés. Perhaps one of the reasons for the scenario that has chosen this Tuesday, October 5, the emblematic Barcelona Lyceum, to reveal his professional future and whether or not he continues to be active in basketball or gives way to a new stage in his life away from the courts.

The Barcelona player, double NBA champion, who has led the best generation of Spanish basketball in the last 20 years (triple Olympic medalist, triple European champion) left his continuity in the air after participate with the Spanish team in the Tokyo Olympic Games, the fifths of his prolific and successful career. The farewell was not what was expected, with the defeat in the quarterfinals against the champion, the United States. And his final reflection was that he would take time to assess all the alternatives and see if he was still active.

At this time, the Barça He has left the doors open for him to continue, after last season he left the NBA and joined the Barça squad after a year and a half of absence from the courts due to a left foot injury.

On his return, Gasoline proved to be physically recovered and was an added value in the team that managed to win the league title and also reach the final of the Euroleague. “We will wait for him until he gets tired of playing golf,” joked the coach. Jasikevicius, who has built this season’s squad without counting on Pau.

The setting chosen by the player, away from the Barça facilities, allows one to intuit which is the decision of Pau Gasol, who has already built a life away from the basketball courts, as president of the Gasol Foundation, in which he works together with his brother, to fight against childhood obesity and healthy life in childhood, in his role as UNICEF ambassador and, for example, in his new role as a representative of athletes in the Athletes Commission of the International Olympic Committee (IOC).