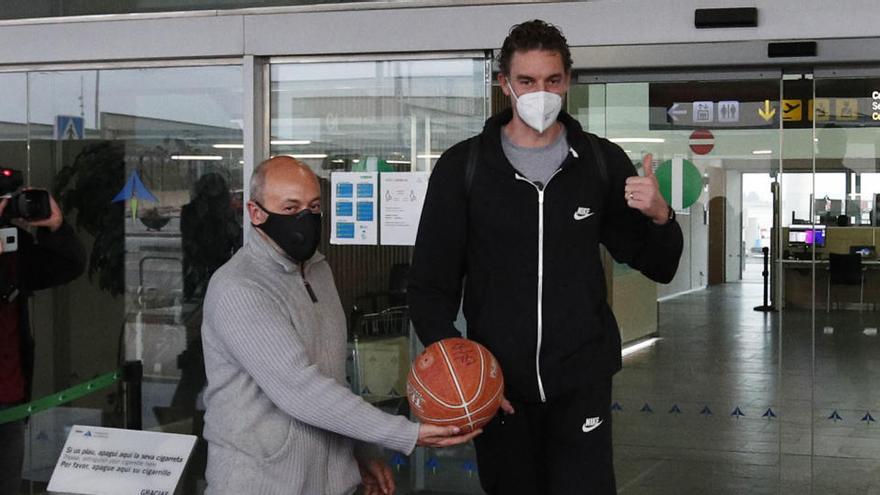 Power forward Pau Gasol landed this Wednesday in Barcelona to join the team of Sarunas Jasikevicius, although before he will undergo a medical check-up that will take place on Friday in the Joan Gamper sports city.

As reported by the Barça club, the official presentation of the player will take place once the Catalan entity has a new president, after thes elections next March 7.

The main doubt is based on the physical condition of the 40-year-old player. The player suffers from a fracture of the tarsal scaphoid in his left foot that has prevented him from playing since March 2019.

It will be the second stage of Pau Gasol with Barça, who will play twenty years later with the Barça shirt, which he wore between 1999 and 2001 and has spent the last 18 seasons in the NBA, where he has played 1,362 games, getting two championship rings in the NBA (2009 and 2010) and playing the ‘All Star Game’ 6 times.

The emergence of Pau Gasol at Barça occurred in season 2000-01, since he was MVP of the Copa del Rey and the final of the ACB League and he coincided in the team with Sarunas Jasikevicius, current coach, and Nacho Rodríguez, current technical director of the Barça team.

Bayern bitter the triumphant return of Pau Gasol to Barça