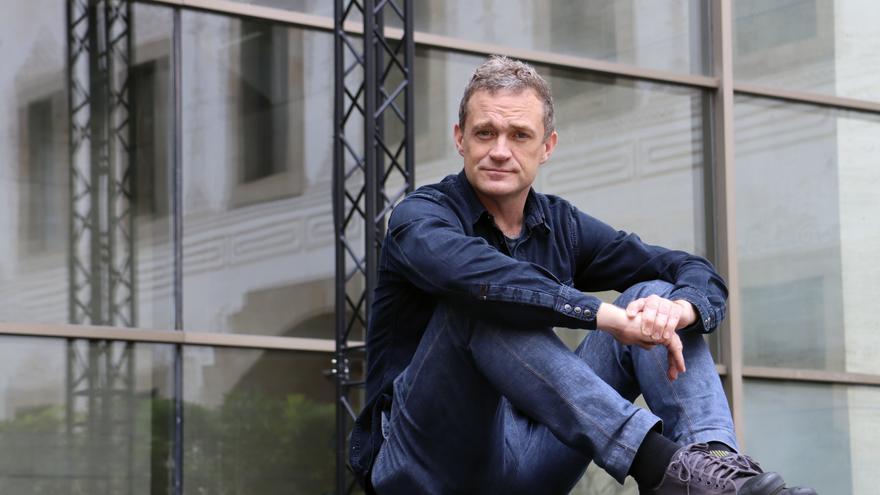 The Sackler dynasty is one of the richest and most powerful in the US. With an estimated fortune of 14,000 million dollars, his last name shares a podium among wealthy families such as the Busches or the Rockefellers. In addition, like other billionaires, they are also attached to philanthropic causes with a purpose that rides between altruism and image washing. They appear linked to art and teaching institutions or museums such as the Guggenheim in Bilbao, which has received donations of $ 9 million over 20 years. How did they do it? Building a drug empire, first marketing Valium and then OxyContin, a powerful revolutionary pain reliever. They generated billions of income… and millions of addicts.

OxyContin began shipping in 1996. In the quarter century after its launch, opioid-related overdose deaths in the US reached 450,000. They exceed those killed by traffic accidents, gunshot wounds, or fallen American soldiers since World War II. This is what ended up generating the so-called opioid crisis, an epidemic of addicts created by pharmaceutical companies that still has consequences around the world today.

To shed light on this entire network of influences is Patrick Radden Keefe, who in 2017 began an exhaustive investigation into the secrets of the Sacklers that now hits bookstores under the title of The empire of pain (Reservoir Books), translated by Albino Sánchez, Francesc Pedrosa and Jesús Negro. The author attends us in a hotel in the heart of Madrid, first thing in the morning, with coffee in hand and ready to delve into one of the most perverse networks of our recent era.

The story begins with the story of three brothers from humble origins who in 1952 acquired a small pharmaceutical company to earn a living. At what point does the compass of ethics break?

It happens gradually, it is difficult to pinpoint when they crossed the line. It was a succession of small deviations from the right path, and each time they did so they thought of themselves that they were good people.

What makes OxyContin different from other opioids that are also addictive?

When it was first sold in 1996, what made it different from other drugs was that it was very powerful. In a small pill they could put a large dose of that opioid, because it had a code designed to release it little by little.

The other difference was the way it was sold. Until then, there was a consensus among doctors that opioids should only be used when other things had not worked, because they were addictive. But when OxyContin began to be marketed, they focused their campaign on marketing in saying that it was not dangerous or addictive and they began to be used more freely.

The silence of the Sackler malpractice lasted for decades because official agencies also allowed it, such as the Food and Drug Administration. To what extent are the institutions in charge of watching over the citizen complicit?

The book also deals with the history of all those institutions that allowed it, because that family's money corrupted everything it touched. I hope it also serves to challenge a system that isolates the rich and prevents their wrongdoing from having consequences.

At a time when governments around the world are campaigning to raise awareness of COVID-19 vaccination, can stories like these fuel health mistrust?

I hope my book is not read from that perspective. Do not be naive about the way the world works: organizations that are dedicated to making money do not work for the good of humanity. This is very clear in those companies that have asked to renounce their patents, with the intention of using their drugs in countries without resources, and yet they have refused.

But being too cynical with these companies is not positive either, because they can achieve miraculous things. It has happened more in the US than in Spain, but many of the people who have refused to be vaccinated have been partly due to stories such as the opioid crisis. Public trust in drug companies has been broken, but the last thing I want is for someone reading my book to conclude that they don't have to get vaccinated. I am and everyone should.

At first it seemed that the problem was not with the OxyContin, but with the people because they abused it. It is the same logic that seems to exist in other businesses, such as the arms industry: the culprit is not the manufacturer of a gun, but who uses it to kill. Why is the consumer held responsible?

There are people who have a philosophy of the world in which everything depends on individual freedom and, therefore, they believe that they would have the right to sell you something regardless of whether you can use it to kill yourself or others.

When the Sacklers realized that their drug killed many people, their first reaction was to say that this happened with addictive people without ethical values ​​and that, therefore, it was not the fault of the drug. There are many people in the United States who have that libertarian point of view because it stuck with the population.

In the end, the drug company went bankrupt, but after making $ 35 billion and causing hundreds of thousands of deaths. Has justice been served?

Not at all. This is a story of impunity, and I was already aware of it while I was writing the book. There were things that he didn't know how they were going to end, but he was very clear about something: that the bad guys got their way in the end. It is important to understand what this also tells us about the world we live in.

The Sackler dynasty has proliferated in a context such as the United States, where it is committed to the privatization of healthcare. Would it have been so easy in another context with a more public health culture, such as in Spain?

It would have been much more difficult, although surely not impossible. The reason that the history of the book goes back to the Great Depression and not to 1996, when the drug began to be commercialized, is because the roots of this story have their origin with the privatization of medicine. Corruption in medicine has come about through the mediation of private companies, and this happened long before OxyContin.

The amount of opioid analgesics consumed in Spain has increased by 53% in the last seven years. What do you think is the reason for this increase?

I don't know the full context of Spain, but I do know that in the same period that you mention, the consumption of prescription opioids in the US decreased and many of those companies, Purdue Pharma and others, tried to recoup those losses abroad. The same happened with tobacco companies: when people in the West, in Europe and in the US realized that tobacco caused cancer and companies began to lose money, they decided to focus on Africa.

The Spanish Minister of Health, Carolina Darias, recently warned of the high consumption of opiates in Spain and launched a "preventive" plan that involves informing patients of risks or limiting prescriptions. I know you are not a doctor, but after investigating the conflict so thoroughly… What concrete measures would a good plan have to have to combat high consumption of opiates?

There is something very important: that many doctors know about opioids through business, not through use. If there is to be a plan, it should be one in which professionals would not only need to be trained on how to prescribe opioids but also on how to stop properly.

But if you limit the prescription of opiates, don't you think that will lead to a black market for them?

This happens in the US and it is a fact. It is one of the most diabolical aspects: that you take steps to solve one problem and end up creating another. But for the black market to be a problem, you first need to have created a large community of people who depend on these drugs. If in Spain the problem does not have these dimensions, it is time to act, because then there will not be so many people dependent on these substances and therefore that will not create a market.

So what would be the alternative for someone who if not for the pills would live in pain?

Opioids are a very powerful solution for severe short-term pain, the problem is what to do with people who have chronic pain, because the body develops dependence and tolerance. After a while it is very difficult if the opioid treats the discomfort or if one has become dependent, because one of the ways in which withdrawal syndrome is expressed is through pain.

It is a very difficult question and there are different opinions within the medical field. Many professionals think that there are alternatives, such as physical therapy, and maybe that should be tried before going for opioids. The culture that no matter what happens is solved with a lot of opioid prescriptions should end.

In the 60s, the sugar industry paid scientists to disassociate sugar as a cause of cardiovascular disease. On that occasion, as with OxyContin, the balance tipped to the side of private and economic interests. What must be done so that in the future, faced with another similar case, it leans on the side of public health?

The sector needs to be more regulated, the government should avoid being influenced by the industry and consumers should be informed. In the same way that everyone has to be vaccinated, I think it is also good to have some skepticism about how these companies act and how they can influence government institutions. The little I can do in all this is tell the truth.