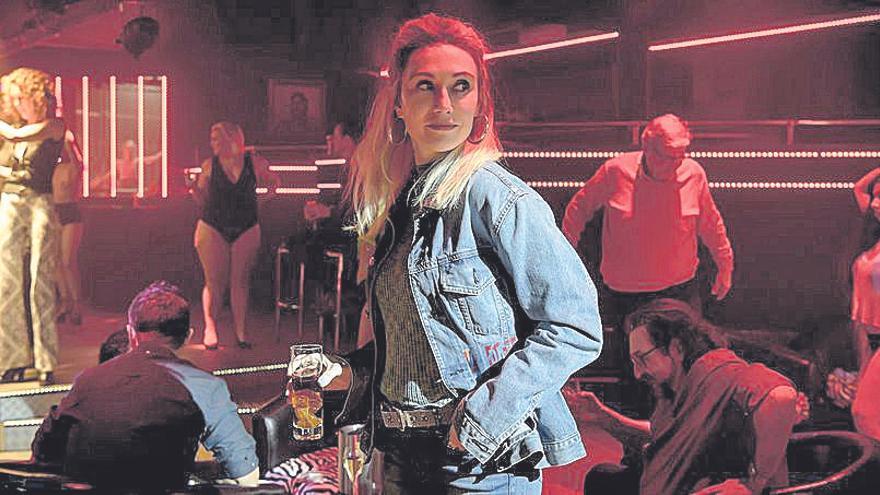 Actresses Carice van Houten (Melisandre in Game of Thrones) and Halina Reijn started the production company Man Up to not only perform, but also to tell dark and risky stories with a female point of view. From the project came the film Instinct, directed by Reijn herself and with Van Houten in the role of a psychologist who becomes obsessed with a sexual aggressor whom she is treating in prison. First test passed: Instinct was chosen to represent the Netherlands at the 2020 Oscars.

The film did not go beyond preselection, but the Red light series, Man Up’s next project, won a couple of awards at Canneseries 2020: the Special Performance Award for the entire cast and the Student Award for best series. This interesting dramatic thriller with a landscape of prostitution and human trafficking, a far-reaching reflection on gender roles and patriarchy, can now be seen on Sundance TV.

Again with novelist Esther Gerritsen as a collaborator on the screenplay, Van Houten and Reijn cultivate a complicated criminal and emotional tangle about three women from disparate backgrounds whose lives intersect after the disappearance of a man. Sylvie (Van Houten) is a prostitute and manager at a brothel she shares with her toxic pimp and boyfriend Ingmar (Geert Van Rampelberg) in the Red Light District of Antwerp. Esther (Reijn) is a rich soprano married to a philosophy professor who has vanished from the face of the earth. Evi (Maaike Neuville, seen in The Jury, another series directed by Wouter Bouvijn) is the police investigating her disappearance, as well as the murder of a young prostitute linked to Sylvie’s club. Little by little, these three apparently unrelated characters will understand that they need each other to get out of suffocating situations.

Although at first it is difficult to see the resonances between their circumstances, from the second chapter the common pattern begins to be observed: Sylvie, Esther and Evi suffer in one way or another the yoke of patriarchy; at least two of them suffer the tricks of two toxic men; all three desperately deal with the expectations that a macho society has placed on them. In their path of investigation of women, the creators explore uncomfortable feelings about motherhood: Evi regrets having been a mother and dreams of leaving everything, as only men seem to have the right to do in stories or in life; Esther seems to be looking for her because she’s supposed to, and Sylvie has gotten pregnant and is wondering whether to go through with it or not.

Red light does not offer, at least in principle, simple answers to the questions it poses. In times of black and white, it reminds us that two seemingly opposite things can be true at the same time. Is Sylvia an accomplice or another victim of (yes, just nefarious) Ingmar? Both things: she is a somewhat calculating woman, who knows how to modulate her morality as it suits her, but also who always gets the worst of this codependent relationship. Difficult questions extend to the field of sex work: are we talking about a transaction between adults or only the most cruel and harmful act of submission? Those who still dare to define television as simple passive entertainment should, perhaps, take a look at this estimable series, only weighed down by a somewhat indifferent direction.