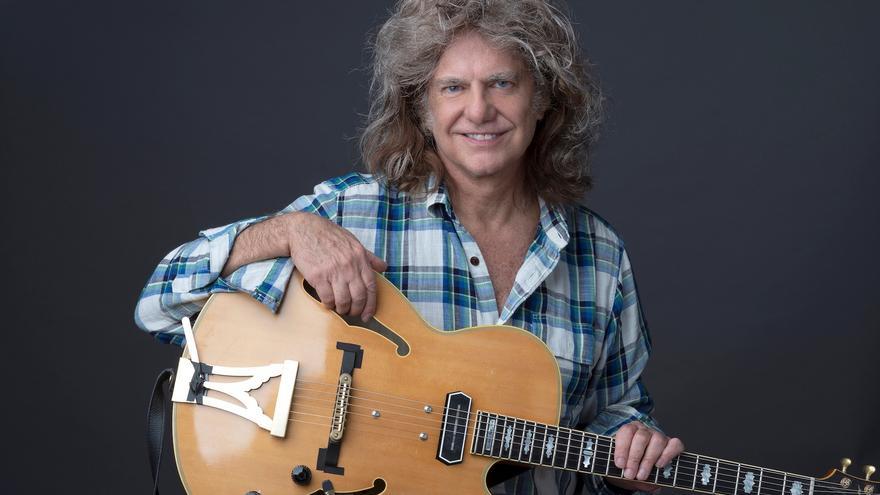 New York, Sep 9 (EFE). – Although Pat Metheny has nearly half a century of jazz hits and a total of twenty Grammy Awards behind him, the guitarist continues to compose music and publish albums, the latest of which is “Side-Eye NYC (V1.IV)”, in which he introduces the public to a new generation of talented New York musicians whom he wants to give visibility to.

“All my life, since I was fourteen or fifteen years old in Kansas City, where I grew up, I was always welcomed into the music community, because more or less I knew how to play,” Metheny modestly recalls in an interview with Efe, in which he explains that this is what he intends to offer to a variety of young musicians he has on this album, which goes on sale this Friday.

“The fact that they welcomed me was very important to me, and to a certain extent is what I’m doing with these kids,” he says.

Among the lucky ones who receive the warmth of the veteran musician are Joe Dyson, a native of New Orleans but who lives in New York and whom Metheny has described as “the best drummer” he has ever played with, the also drummer Marcus Gilmore or the keyboardist James Francies.

With their help, the American presents new compositions, but also versions of some of his hits such as “Better Days Ahead” (1989) or “Timeline”, a song that he composed but that was published by saxophonist Michael Brecker in 1999 as part of his album “Time Is of the Essence”.

THE UNFORGETTABLE EXPERIENCE OF A TOUR

Through this, his 52nd album, Metheny does not want to limit himself only to propel the careers of other musicians, but to offer them a whole series of experiences that are lived when they are part of a tour of more than one hundred shows like the one he has planned perform from this September until at least August 2022 to bring “Side-Eye NYC” to the entire US and half the world.

“There are many things that have nothing to do with playing, such as being on the road and playing in 110 concerts. It is a different education, because there are things that you will not discover in any other way if it is not by doing them”, says the veteran guitarist, 67 years old.

“And I am one of the few who, in the general panorama, goes out to play so many concerts,” he adds.

KNOW HOW TO COMMUNICATE

It has not been easy for Metheny to find professionals that she considered good enough, because although there are a very large number of musicians with enormous skill, few are those who know how to communicate.

“It’s easy to find people who can play super complicated things, in fact there are millions. (…) But what really matters is, can you tell a story? Can you communicate? Can you offer a window for the listener to know? Step into a world they had never thought of before? “, he raises.

For Metheny, this new generation of musicians has had the advantage of being able to access much more learning material from different sources and that it is available to everyone, but that also has its disadvantages.

“You can get on YouTube and see some man teaching you to play a Lydian 11 acute scale on the right and on the back, but while you do it you can get distracted and start watching videos of cats,” says the guitarist in reference to the overstimulation to which the youngest are subjected to technology.

“So it is a double-edged sword: yes, you have access to all this information, but there is a level of discipline that is required to handle all that information,” says Metheny, who believes that “time management is probably the best thing to do. most important skill anyone can aspire to. ”

YOUR TECHNIQUE TO CONTROL THE EGO

Despite the twenty Grammys that he has won, and despite being the only musician in history to have been awarded in twelve different categories of this prestigious award, the guitarist and composer tries not to recreate too much in the awards he is awarded.

“I do my best to appreciate it and enjoy it for a short period of time, for an hour or two, and then I don’t think about it again,” explains Metheny, who specifies that she doesn’t have any awards, “nothing related to that topic. “, exhibited in his house.

“I think that’s the result of spending so much time on the road and understanding that yes, you may have had an incredible night in Madrid, but the next night you play in Barcelona, ​​and the people of Barcelona don’t care how you played last night. from scratch, every day, “he concludes.