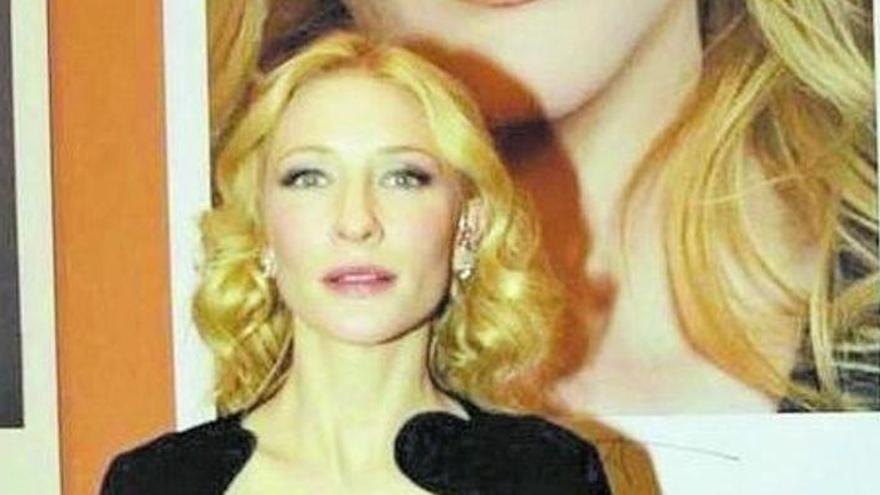 Cate blanchett He has not stopped adding successes in his long film career. But in addition to collecting stellar performances on the big screen, the two-time Oscar winner is also a passionate art collector. So much so that he plans to build his own gallery in the English countryside. The 51-year-old Australian star has designed a project in collaboration with London's Adam Richards Architects studio team to rehabilitate a Victorian mansion that the interpreter and her husband acquired in 2016, the screenwriter Andrew Upton, near the town of Crowborough in East Sussex, in the southeast of England, according to the Daily Meal.

The initial idea of ​​the chameleon actress was demolish the mansion and build a new one, but found that the building, abandoned for years, was inhabited by a colony of bats, an endangered species and therefore protected. In the presence of these unexpected tenants, the Wealden district council forced the artist to keep the mansion, so Blanchett has chosen to leave the structure of the house so that the flying mammals can continue to live and reproduce without problems.

Fusion of art and cinema

But Blanchett is not alone. Many celebrities, in addition to acting, own valuable pieces of art And, in fact, Hollywood is moving millions of dollars in masterpieces. Thus, at 46, Leonardo Dicaprio he has become a great specialist in this field. The performer often attends (sometimes almost incognito so as not to attract attention) to Art Basel in Miami Beach, a fabulous showcase of contemporary art, and to other art fairs in Basel, Hong Kong, London ... as well as to exhibitions and inaugurations.

The actor and environmental activist has a valuable collection of modern art, with works by Salvador Dalí and Pablo Picassoas well as postwar art including works by Takashi Murakami, Frank Stella, and artist of Haitian and Puerto Rican descent Jean-Michel Basquiat. He also collects works by Robert Crumb, Jean-Pierre Roy and the Colombian Oscar Murillo.

Madonna, meanwhile, competes with DiCaprio with about 300 pieces whose combined value exceeds 100 million euros. The queen of pop, who has an art advisor to guide her in her investments, has paintings by Salvador Dalí, Picasso, Hopper, Man Ray, Léger, Damien Hirst and the Mexican Frida Kahlo, whom she has always deeply admired. .

Beyoncé and her husband, rapper Jay Z, have shown their knowledge of art history on many occasions. An example was when on May 18, International Museum Day, the couple traveled to Paris to record a video at the Louvre and show some of the museum's most emblematic pieces, such as La Gioconda. In fact, it is not the first time that the singer refers to the enigmatic painting by Leonardo Da Vinci, since the famous painting was the cover of the couple's album Everything is love (2018).

And it is that the famous marriage has an extraordinary collection of art. In addition to pieces by the British Damien Hirst made especially for them, they also have creations by Richar Prince, Andy Warhol, Ed Ruscha, Michel Basquiat, Tim Noble, Sue Webster, Laurie Simmons and George Condo.

The director Sofia Coppola can also boast of being the owner of a sought-after collection of works of art. The filmmaker has paintings of Elizabeth Peyton, Tracey Emin and William Eggleston hanging in her living room.

Brad Pitt also maintains a close relationship with art. In addition to inaugurating the Basel Art Fair on more than one occasion, the interpreter is an important donor at the Los Angeles Museum of Contemporary Art, is a collector of art deco furniture and purchases paintings by artists like Neo Rauch, valued at one million dollars.