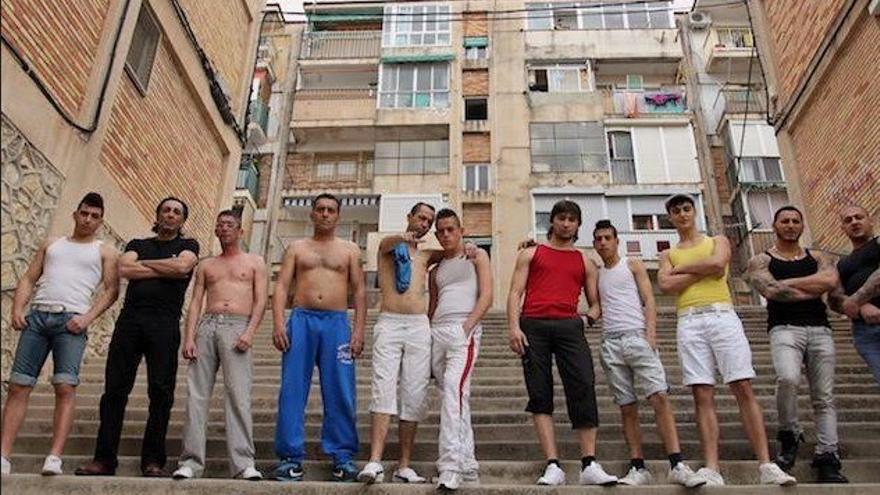 When you put labels on an artistic expression you are taking away its possibilities. Contrary to popular belief, tagging a novel, a movie or a record only favors the so-called cultural industry, that is, the company that distributes artistic work and that seeks its niche in the market, fetishizing a product whose origin is the living work of the creators.

Marketing is a matter for law firms, a matter that has little or nothing to do with qualitative criteria. The example that concerns us today is the film “Criando ratas”, Carlos Salado’s first cinematographic work and which is labeled as “neoquinqui” cinema, a subgenre within the genre called quinqui; a brand that sells a work of art that is much more than just merchandise.

Because the film that Carlos Salado has signed is a waste of cinematographic vocation, a declaration of principles that surpasses all possible labels and where three suburban stories with a dramatic ending are woven together. With a realistic style, and a virgo production, let’s say avant-garde, Carlos Salado builds the moments of some characters that move with what little they are left with, that is, with nothing.

Everything happens in one day, and Carlos Salado has taken years to film it raw. A brave film, made with enthusiasm from the margins and far from the epistemological laziness to which most of the filmmakers of this country are accustomed, children of their father who have all the necessary means to demonstrate their lack of talent.

But the comparisons were always unfair and more so in this case, in which a talented young man has made one of the best films of recent times without help, only with the push of his kidneys. Then there is the music, which well deserves an aside for being a gypsy and vacilón soundtrack.

To do this, Carlos Salado made a call for the Internet in search of a gruff and suitable voice to sing in the rumbero style. In the end he found Antonio Clavería, a guy from Alicante whose throat seems tailor-made to sing the street rumbas of Carlos Salado, and with whom he has formed “Uña y carne”, a duo that gives the necessary narrative to the images of ” Raising rats “. Subjects like “Pasa el canutito”, “Yo me drugged” or “Bandidos” season the film in a good way.

Crime, social stigmatization and the abandonment of certain strata, had already been things portrayed in the 80s by Carlos Saura in “Deprisa, quickly”, and then by Eloy de la Iglesia, our national Fassbinder. With the coming to power of the Socialist Party, those films were left in double neighborhood sessions. There was no interest in presenting such a crude truth. For this reason, the cinema of Almodóvar was canonized, a frivolous cinema influenced by the Spanish of Pajares and Esteso, but with its touch of eschatological humor. The Movida Madrileña needed a filmmaker and Pedro Almodóvar was the one chosen.

At the beginning of this century, an exhibition entitled “Quinquis de los 80” came to revitalize those films by Eloy and José Antonio de la Loma. The label, which was not used in its day, would serve to mark a genre that today is absorbing the market; the genre “quinqui” every day that passes has more public. The macarrillas of that time, with their fences and jerks, are myths that are part of the collective imagination of a generation to which Carlos Salado belongs.

From here on, Carlos Salado’s cinema bears the “neoquinqui” brand, something the filmmaker will have to escape if he wants to stay alive. Because the worst thing that can happen to an artistic expression is that it bears a barcode with its expiration date.