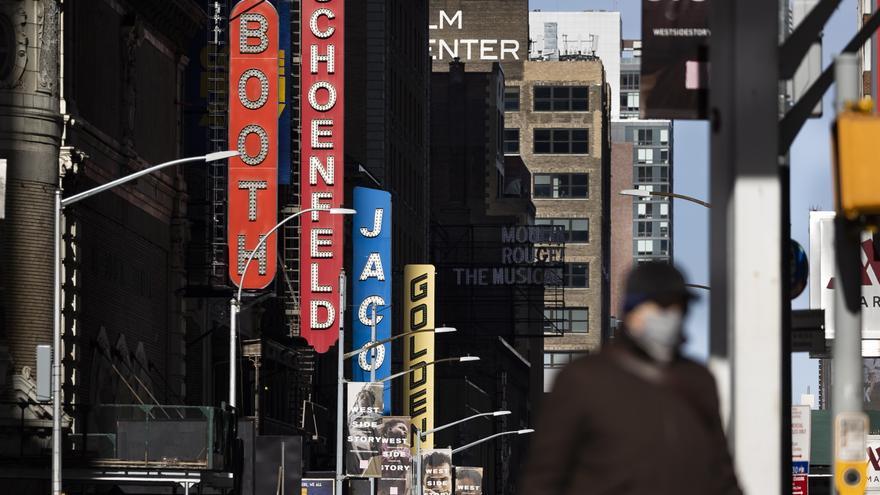 New York, Jun 1 (EFE) .- The expected return of Broadway theaters after a break of more than a year forced by the covid-19 pandemic already has a date: it will be next August 4, the day on which that will start the preview of the play "Pass Over", directed by Danya Taymor.

Its staging, which will take place at the August Wilson Theater, will be brought forward a month to the start of the theatrical season, which will kick off in September.

On May 11 it was announced that the first Broadway plays to raise the curtain would be the successful "Hamilton", "Wicked" and "The Lion King", which revealed that they would open their doors on September 14, a date on which For now, "Pass Over" has been advanced.

The play, written by playwright Antoinette Nwandu, recounts the conversations at a city street crossing between two young African Americans, their aspirations, their challenges, and the racial inequalities they suffer.

Inspired by the play "Waiting for Godot", by Samuel Beckett, "Pass Over" began its journey outside the official Broadway circuit, known as "Off-Broadway" and will now make the leap to the main stage of the New York theater and musical .

The play has been brought to television by film director Spike Lee, who recorded a performance that can be seen on the Amazon platform.

The governor of New York announced in early May that the theatrical activity in the city would resume on September 14, although since then the lifting of restrictions has been accelerated to prevent the spread of the pandemic both indoors and outdoors.

Broadway, which encompasses about 40 theaters in the center of the Big Apple, brings in revenues close to 15,000 million dollars in the local economy (12,200 million euros at the current exchange rate).

Its last full season, before the pandemic, which ended in 2019, raised $ 1.8 billion (more than € 1.4 billion), a record, according to the Broadway League.