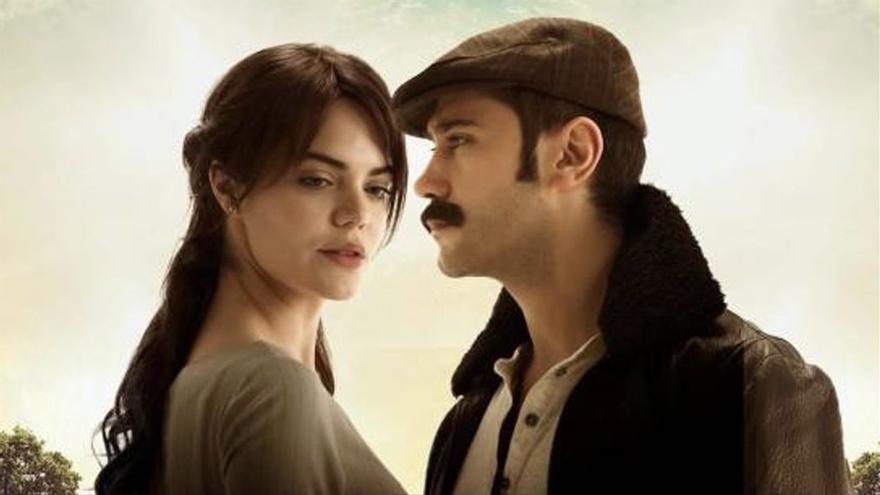 Telecinco broadcasts tonight (10:00 p.m.) a new installment of 'Passion of Hawks'. Determined to find Juan David, on this occasion, Rosario Montes shows up unexpectedly at the Reyes-Elizondo hacienda. In the stables of the property, the owner of the Alcalá bar has a strong confrontation with Erick and León, who mistake her for an intruder. After learning of the event, Juan David asks his brothers to apologize to Rosario. On the other hand, Óscar Reyes comments to the twins that in the past he had to pay a large sum of money to Genaro Carreño to contain his anger, after Erick and León were caught in a compromising situation with Adela, the daughter of the teacher. Later, Óscar is summoned to the police station, accused of interfering in the investigation after showing up at the bar belonging to the deceased professor's son. There, the authorities warn him that if he persists in getting involved in the case, they will issue a restraining order. Meanwhile, Gaby returns from college at night and finds herself stalked by a mysterious man.

For its part, 'bitter land' lands in prime time Antenna 3 with the outcome of its second season. On this occasion, after spending a long time without being able to be next to what he loves most, his children; trials; to take care of her health… The turning point in Züleyha's (Hilal Altınbilek) life has come. What surprises does destiny have in store for the young protagonist? What discoveries and new plans has Müjgan devised against Züleyha? Will Yılmaz's life change again? Will Hünkar be more powerful and influential in the lands and businesses of Adana? And how will Demir manage his movements after what happened with his wife? Everything can change forever in the future of the inhabitants of Çukurova.

'The three doors' come back tonight to the 1 from TVE (10:40 p.m.). This fourth chapter presents an attractive cocktail of guests from journalism, cinema, fashion, philosophy and sports. Iñaki Gabilondo, Miguel Ángel Muñoz, María José Llergo, Juan Carlos Unzué, José Antonio Marina and Ana Locking will be some of the celebrities with whom María Casado will carry out her characteristic serene talk.

The crisis of the PP, to analysis in laSexta

the sixth program tonight for a new installment of 'The objective' (10:30 p.m.). Ana Pastor will address the PP crisis in a special program with all the information and analysis on the internal war in Genoa. To do this, Ella Pastor will interview the journalist José Antonio Zarzalejos, a great connoisseur of the ins and outs of Spanish politics. In addition, journalists and analysts will sit on the set, such as Ignacio Escolar, director of eldiario.es, who has published many of the exclusives about the contract that has confronted the PP leadership with Díaz Ayuso, or Juan Fernández Miranda, attached to the direction of the newspaper ABC, in whose editorial they have requested the resignation of Pablo Casado, current leader of the party.

Also, a new installment of 'Everything is true' occupies the prime time of Four (10:50 p.m.). The program presented by Risto Mejide and Marta Flich will also address The program will address the last hour and the new reactions and movements around the crisis in the Popular Party.