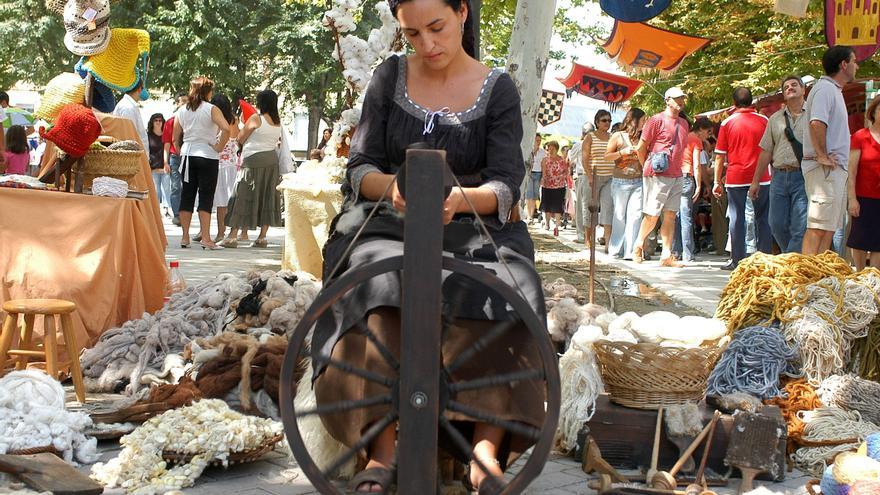 Madrid, Jul 4 (EFE) .- While the San Sebastián de los Reyes confinements are still in the air awaiting the approval of the Community of Madrid, some municipalities such as Aranjuez or San Lorenzo de El Escorial have canceled their festivities in this second summer of the pandemic and others such as Colmenar Viejo and Alcalá de Henares have reconverted them with more conferences and other types of proposals.

CELEBRATIONS IN THE AIR

In the northern part of the region, all eyes are on the festivities of San Sebastián de los Reyes, whose local government (PSOE and Cs) has launched its own crusade to resume its internationally famous confinements in August, which have made it win the name of ‘la Pamplona chica’.

The Consistory presented in May to the Community of Madrid a security protocol with different scenarios and measures (for example, the obligatory use of the mask and the previous appointment to run in the confinements or to attend as a public), arguing that they should be able to take out as there are already bullfighting fairs.

However, throughout the month of June they have been waiting for a response without the Community of Madrid having made a pronouncement on the matter, according to municipal sources.

For its part, the regional government has limited itself to replying that this bullfighting event constitutes “a peculiar multitudinous spectacle” and that they need to study and analyze their call.

In Móstoles, the Celebration Commission has agreed to study the programming of events for the patron saint festivities in September “always at the expense of the health regulations published by the Community of Madrid for those dates”, so there are still no more details.

The festivities, which are held in honor of the Virgin of the Assumption, take place every year around September 12, a date that is expected to remain.

In the case of Pozuelo, the City Council has not yet made a specific decision on the festivities, which usually take place on the first weekend of September, and for the moment it has limited itself to scheduling concerts.

In Torrejón de Ardoz, the City Council took the decision at the end of May to suspend its popular festivals, which should have been held between June 18 and 23, in view of “the health indications that prevent mass gatherings.”

For its part, Aranjuez, which already suspended the patron saint festivities in honor of San Fernando in May, also announced that month that it was canceling the September Riot Festivities, including the representation of the Assault on the House of Godoy and the staging of the Riot.

In Villanueva de la Cañada, as a preventive measure, the City Council decided this Wednesday to suspend for the second consecutive year the activities and shows traditionally organized in July on the occasion of the festivities in honor of Santiago Apóstol, patron saint of the town, but does not rule out resuming the programming of the festivities in September if the epidemiological situation allows it.

In San Lorenzo de El Escorial, “given the impossibility of celebrating patron saint festivities” due to the pandemic as in other years, the City Council has organized outdoor activities to keep “the virus at bay.”

Colmenar Viejo will resume its patron saint festivities in August after the suspension of 2020 with the news that more days than usual will be extended: eleven days, from August 20 to 31, to be able to space the acts.

In addition, the program will move to larger spaces, such as the bullring, to promote concerts and cultural events in the open air.

In Alcalá de Henares, which traditionally celebrates its festivities in the last week of August, the City Council this year is planning ‘Transition Fairs’ with “a festive program with a cultural aspect”.

The Getafe City Council has announced that its traditional September festivals will be held, from the 17th to the 20th of that month, in up to six small fairgrounds -and 19 secondary spaces throughout the city-, with the aim of “avoiding unnecessary travel and excessive concentrations of people. ”

In Fuenlabrada, the City Council will finally opt in September for a model of “decentralized” parties with the traditional fairgrounds and three fixed points with musical shows for Fridays, Saturdays and Sundays.

For its part, the Leganés City Council has decided to unify the Butarque Festivities and the San Nicasio Festivities into “a great proposal” for the month of October at the fairgrounds.

Majadahonda plans to celebrate its festivities in honor of the Santísimo Cristo de los Remedios from September 10 to 19, although they will still be somewhat atypical, since there will be capacity control at all times and activities that involve crowds will be avoided. EFE