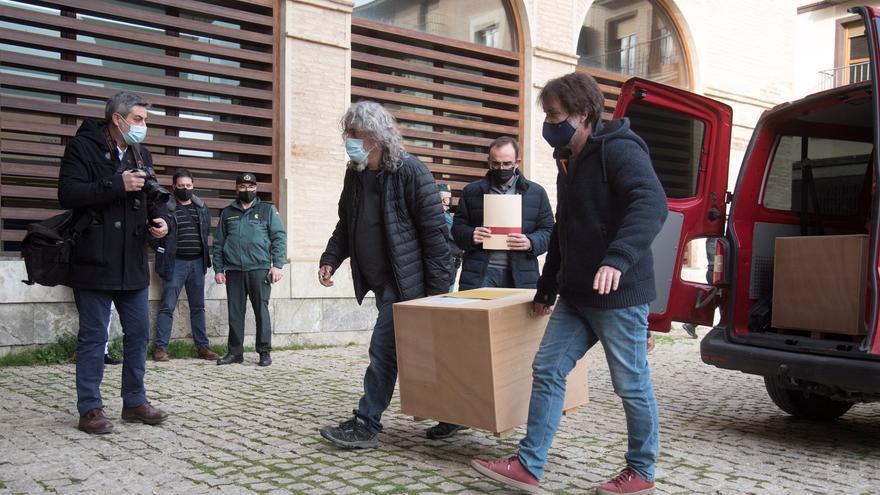 Zaragoza, Feb 15 (EFE) .- The Museum of Barbastro (Huesca) has already received part of the 111 goods from the parishes of the eastern part of Aragon claimed for 25 years by the Bishopric of Barbastro-Monzón from Lérida, where are deposited.

These pieces have arrived in a van, inside two wooden boxes, around 6:25 PM on Monday afternoon, the day on which the deadline given by the justice to the Museum of Lleida for the return of the pieces ended.

The litigation between Aragon and Catalonia over these pieces has been going on for 25 years, when the parishes of the eastern part of Aragon were segregated from the diocese of Lérida to move to that of Barbastro-Monzón.

The Aragonese diocese went to the civil courts in 2019, due to the failure to comply with the repeated judgments of the Supreme Court of the Apostolic Signatura of Rome that ordered on successive occasions the return of the pieces of the historical artistic heritage of the Aragonese parishes.

The Barbastro trial judge ordered in December 2020 the return of the pieces before February 15 of this year, and although the magistrate allowed the Generalitat last Friday to present allegations to the return process, she did not suspend the procedure.

This same Monday the Consortium of the Museum of Lleida, where the pieces are deposited, announced that it planned to deliver today, as it has done, “a part of the works”, those that both bishoprics recognize that they are property of Aragon, and that in the next few days he will present a delivery plan for the rest.

The Diocese of Lérida has recognized since 2009 that 28 of these pieces are the property of the Aragonese diocese and, while waiting for the technicians to check the contents of the boxes, they could be the ones that have arrived in Barbastro this Monday.

According to a report by Alberto Velasco, who was the curator of the Lérida Museum for twelve years, the value of these 28 pieces amounts to 52,050 euros, a very small amount compared to the 7.7 million euros in which the entire collection is valued. .