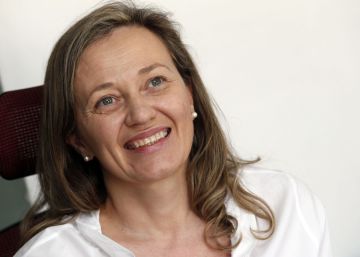 The delegate of the Government for Gender Violence, Victoria Rosell, has raised the possibility of applying Article 155 of the Constitution to Murcia before the disobedience of the autonomous Government by imposing the parental veto. “There are legal channels that do not have to be judicial but even administrative requirements to fulfill the obligation, imagine, even a 155 in Murcia because it refuses to treat all its students equally or guarantee the rights of the most vulnerable people ”, Said Rosell (We can), in statements to the Ser Chain, before the breach of the community to laws of state rank.

“Where the political dialogue fails, if they really close to it, it would be a shame,” the magistrate continued. “It would be the road similar to that of Catalonia with unilateral action to break the legal system by those who have crushed us and have won the elections in certain places, probably with their anti-university and anti-Catalan speech,” said the new delegate, following the initiative promoted by Vox and endorsed by the PP and Citizens in Murcia, which obliges schools to request authorization from parents to attend complementary activities.

Well, it was NOT like that. It was a comparison pretending to be heard as the absurdity we are reaching with the parental veto. That those who ask that other Autonomous Communities fulfill their obligations and make a flag of it, do not comply with theirs in educational matters and with minors. No news https://t.co/fa7Wr8TC6Z

Subsequently, Rosell has qualified his words through Twitter, stating that it was an irony. “It was a comparison pretending to be heard as the absurdity that we are reaching with the parental veto. That those who ask that other CC AA fulfill their obligations and make flag of it, fail to comply with theirs in educational matters and with minors,” he said. “The phrase begins ‘can you imagine?’ and ends with a laugh. It’s called irony. The opposite, manipulation, “he said.

It is not true, although you would like to continue to despise women and feminism. If you bother to hear the audio, the phrase begins “can you imagine?” And ends with a laugh. It is called irony.
The opposite, manipulation.
regards https://t.co/AZaNX02j1n

For its part, the Minister of Education, Isabel Celaá, has given the Government of Murcia a month to “restore legality” and withdraw the “parental veto” before the Executive resorts to this measure in court. The Government sent a request to the Murcia Executive on Friday to urge him to withdraw a measure that constitutes “prior censorship, which goes even against the freedom of professorship,” Celaá said in a press conference in the town of Llodio in Alava. Today there is no response to that requirement and Celaá understands that the reasonable period of time to take additional measures such as judicial proceedings is one month.

The minister also recalled that it was the last educational reform, the so-called “Wert Law”, promoted by the PP Government, which limited the ability of parents to decide on school boards, and has reproached the popular president, Pablo Casado , his “ignorance of how the education system works” in Spain.