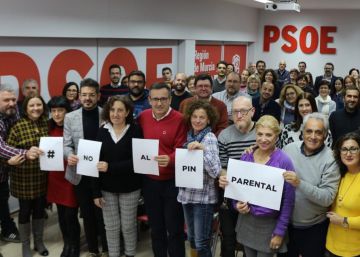 The public authorities are obliged to protect the right to education, included in the Article 27 of the Spanish Constitution, and the fundamental rights of children and adolescents, among which are the right to information, ideological freedom, freedom of expression, the right to be heard and heard and the right to participation, association and assembly. These rights must be exercised progressively both in the school and in the family environment because the best interests of the child and their preparation for the exercise of active citizenship are legal imperatives. The information provided to minors, on the other hand, must always be “truthful, plural and respectful of constitutional principles” (Organic Law 8/2015 of July 22, 2015, Article 5).

Initiatives such as the prohibition of school activities by their tutors, such as the called “parental pin”, they have no place in our educational system. The participatory channel of the fathers and mothers resides in the Ampas (associations of mothers and fathers of the students) that are fundamental actors and that maintain a permanent dialogue with the teaching staff and the educational authorities. In schools and institutes, through their school councils and center projects, the educational community composed of teachers, mothers and fathers and students, through their representatives, agrees their pedagogical programming under the supervision of the Inspection, which is responsible for validating it with scientific and legal criteria. The school is a place of coexistence in which a cooperative learning community guarantees for children the right to education which, in our legal system, is also linked to the freedom of teaching.

The intention of subtracting learning opportunities from the children themselves or children under guardianship preventing them from participating in activities that are developed with the rest of their classmates, and that would impose an anomalous exclusion on school hours, undermining the rights of minors who fathers, mothers and guardians, as well as teachers are obliged to protect, by legal imperative.

Freedom can never be expressed through vetoes or censorship. This is an obvious fact that today is objected by those who seek that we focus on sterile controversies because of their null legal path and who intend to break the school life and the culture of dialogue and deliberation to impose a blind and uncritical authoritarianism. In the face of all common sense, they call freedom to practices that annihilate it. And they even wield property titles over minors denying their status as subjects of law. Their democratic commitment as well as their adherence to constitutional principles are clearly nonexistent.

As responsible in our autonomous communities for protecting and guaranteeing the right to education of minors and their fundamental rights, included in the Constitution and other laws in force, we conclude that the vetoes and censures are absolutely incompatible with the promotion of the development of autonomy and the independence of the trial of minors, which is the mission of education. Thus, with a solid foundation, the future exercise of citizenship in a constitutional democracy is founded. In Spain we educate in freedom and for freedom.