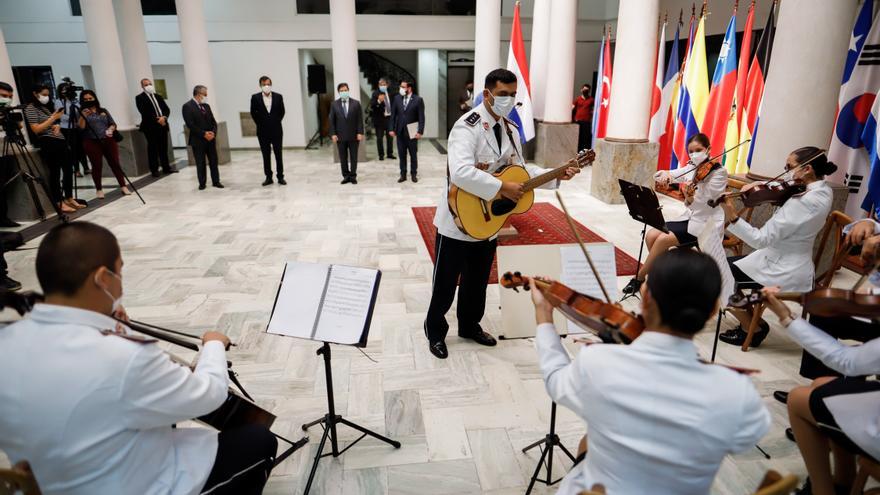 Asunción, Apr 30 (EFE) .- The Government of Paraguay announced this Friday that it hopes to present a technical dossier to Unesco in 2022 on guarania, its musical genre par excellence, with the intention that it be recognized as Intangible Heritage of Humanity by the body.

The initiative emerged a few years ago from civil organizations such as “A puro canto” and the José Asunción Flores Cultural Athenaeum, named after the creator of this genre, who put “on the agenda the importance of recovering the guarania”, as he recalled. Friday the head of the National Secretariat of Culture (SNC), Rubén Capdevila.

The Paraguayan Executive has now resumed the momentum, with the precedent of having achieved at the end of 2020 that Unesco included in its list of Cultural Heritage of Humanity the tereré in the culture of “pohã ñana”, the traditional drink with yerba mate.

Capdevila, in a ceremony held at the Foreign Ministry, reaffirmed his commitment to “consolidate this work” and to “reinforce the guarania dissemination agenda.”

Guarania, a musical genre created almost 96 years ago by the musician Flores (1904-1972), is “the soundtrack of Paraguay”, as the journalist Antonio Pecci, from the Ateneo Cultural, expressed during the event.

“At a time like this, in which our nation suffers, guarania, once again, as in the hard moments of our history, is the balm of the Paraguayan soul. That is why it is so transcendent,” he added.

Pecci appealed to culture as a “bridge to the deep transformation that Paraguay has long needed.”

For his part, the Chancellor, Euclides Acevedo, pointed out that the guarania goes far beyond being an indigenous “musical genre”, but rather represents “the murmur of the soul and the instinct of popular energy.”

Despite the fact that Paraguay has just started the bureaucratic procedures to obtain recognition from UNESCO, Acevedo predicted “success” in the achievement of this project.

Alluding to the popular legend that attributes to the French King Henry IV the phrase “Paris is well worth a mass”, the chancellor stressed that “guarania will be worth much more than Paris.”

The event at the Chancellery was enlivened by the String Ensemble of the Chamber Orchestra of the National Police, in homage to Flores.

His remains were repatriated in 1991, two years after the fall of Stroessner, to be deposited in the Plaza de Asunción that bears his name.