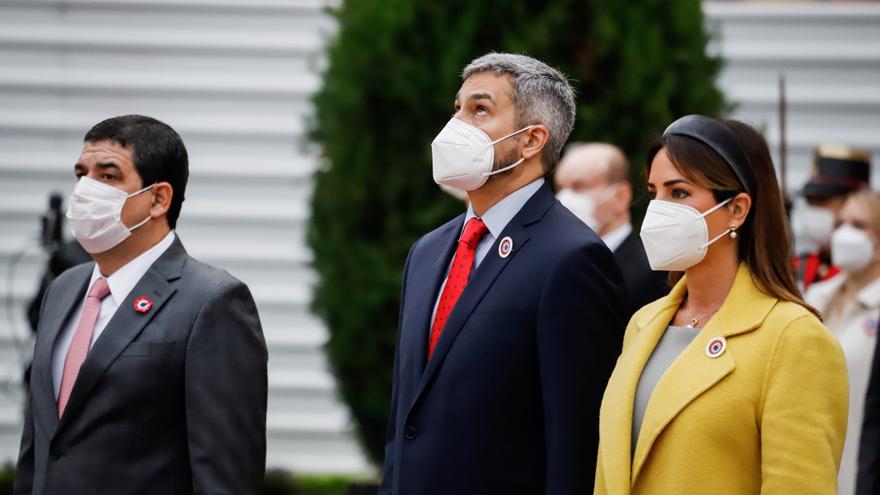 Asunción, May 14 (EFE) .- Paraguay commemorated this Friday its 210th anniversary of independence, the second in a pandemic, with an official celebration in the Government Palace and the subsequent tedeum in the Cathedral with the presence of the president, Mario Abdo Benítez , and members of its Government.

During the religious ceremony, the Archbishop of Asunción, Edmundo Valenzuela, delivered a homily with political and social overtones, in which he alluded to the “pandemic and corruption.”

Before the president and his Cabinet, Valenzuela referred to the health crisis, exacerbated by the increase in infections due to the coronavirus, the shortage of medical material and the dripping of vaccines, whose amounts have only reached health personnel and the adult band greater.

“The country is crying out for medicines in hospitals, in quantity and quality,” he insisted in front of the Cabinet of Abdo Benítez gathered in the Cathedral.

He also warned that there is “the feeling that the national structure is no longer working,” adding that “social and environmental imbalances deeply threaten” the future of the country.

In this regard, the highest local Catholic authority added that the current situation could lead to “crisis if no alternative dialogue and healthy national debate are proposed.”

Valenzuela’s homily came in a context of criticism of Abdo Benítez for his management of the pandemic, which led to social protests during the first weeks of March to ask for his resignation.

The South American country continues to await the arrival of vaccine shipments for the bulk of the population and the precarious health system is overwhelmed by the increase in infections and hospitalizations.

On the last anniversary of independence, Paraguay accumulated 11 deaths and about 700 infected with coronavirus, with the Government of Abdo Benítez applauded for the rapid social restrictions and the closure of borders.

In fact, the president did not attend the tedeum in the Cathedral at the time, since the country was in strict quarantine and social gatherings were not allowed.

Before going to the tedeum, Abdo Benítez attended the raising of the flag and the singing of the national anthem at the Government Palace in the company of members of the Executive, including the vice president, Hugo Velázquez, also from the Colorado Party.

Although he did not deliver any speech, the president took advantage of his social networks to express some messages on this day in which Paraguayans remember “the courage and patriotism” of their heroes, as he published on his Twitter account.

“May faith unite all Paraguayans and may hope always encourage us to move forward,” he also expressed in an Instagram post.

Every May 14, Paraguay commemorates the uprising of a group of heroes who at dawn on that day in 1811 declared the country’s independence from the Spanish Crown, in an act without bloodshed.