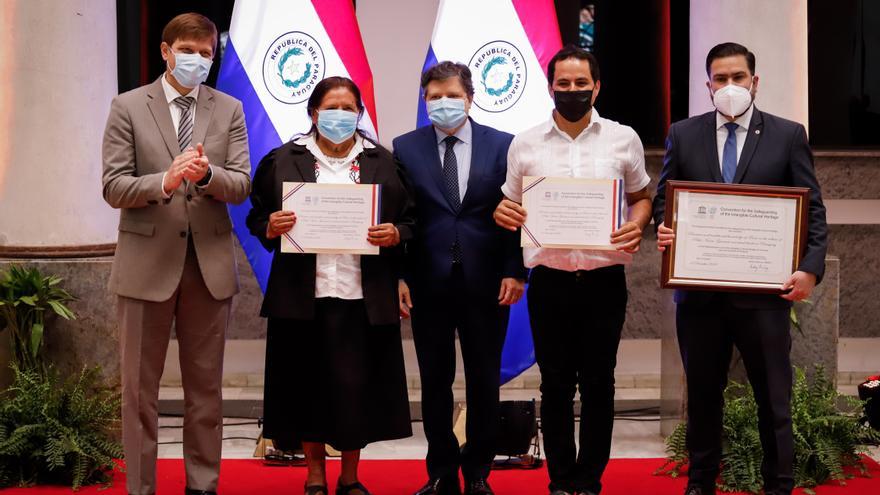 Asunción, Sep 10 (EFE) .- The Government of Paraguay received this Friday officially the accreditation of Unesco, within its list of the Intangible Cultural Heritage of Humanity, of the tereré, the cold maté that allied with medicinal herbs constitutes an emblem of the identity and personality of the South American country.

It is the first inscription of an element of Paraguayan culture in that Unesco list, where it is considered an ancestral drink of the Guaraní people and linked to the traditional knowledge of the pohã ñana (medicinal plants in that pre-Columbian language).

This was highlighted in a ceremony at the Chancellery organized as the celebration of a recognition that was already made official last July with the delivery of the certificate at the Unesco headquarters in Paris.

At the meeting at the Foreign Ministry, various authorities outlined the value of the inscription as a tribute to the country's wealth of heritage and to the communities that hold knowledge of traditional remedies.

"This is an achievement of the communities that carry this knowledge that they have been transmitting to us from generation to generation, and that stubbornly, permanently and constantly fight to preserve these identity elements of our culture," the Minister of Culture said at the event. Rubén Capdevila.

The minister added that, after that achievement, his department, together with other institutions, is preparing a work plan for the inscription on the list of other immaterial elements of Paraguay.

The plan looks towards the candidacy of the 60-list poncho, a typical garment made by artisan women, and of the guarania, the Paraguayan musical genre par excellence.

During the event, two people known for their promotion of the culture of traditional remedies were honored, as well as a sector that brings together farmers, collectors and sellers.

The industry includes the production of guampas, the vessel in which the mate is primed before adding the water previously mixed in a thermos with medicinal plants, previously crushed in a mortar.

As recalled in an audiovisual, the guampas have reached the status of fine artisan products, made of palo de santo, cow horn, leather, aluminum and even silver and fiberglass.

Likewise, emphasis was placed on the social ritual involved in the consumption of the infusion, which accompanies any gathering of friends or family in which everyone shares the drink in "tereré jeré" (round of tereré, in Guaraní), the official language of Paraguay with the Spanish.

It is believed that its origin is pre-Columbian, although it is at the end of the 19th century when there are records of the massive consumption of that cold infusion that is one of the country's brands.