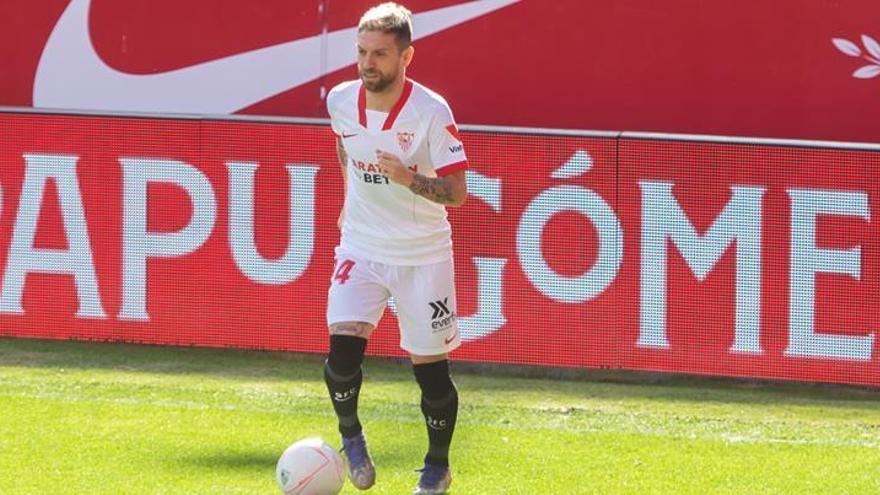 The arrival of the Argentine midfielder Alejandro ‘Papu’ Gómez, signed by Sevilla from Atalanta Italian, polished a transfer market of the gray month of January in LaLiga Santander due to the economic impact of the pandemic, with more transfers than transfers.

The thrust of the coronavirus to the club accounts has reduced to its minimum expression the traditional carousel of new faces of LaLiga Santander, with ‘Papu’ Gómez, the French forward Moussa Dembélé (on loan to Atlético de Madrid), or the Italian forward Patrick Cutrone (Loaned to Valencia) as more brilliant samples in a wasteland of loans and with clubs almost without operations.

In fact, up to five of the twenty LaLiga Santander clubs (Barcelona, ​​Real Madrid, Athletic Club, Levante and Betis) will not have no new reinforcement for the second half of the league championship.

Atlético de Madrid, the outstanding leader of LaLiga Santander with 10 points of advantage over Barcelona and Real Madrid having played one game less, has been one of the most active in the upper zone: the departure of Diego Costa six months before the The expiration of his contract was counteracted by the arrival of Frenchman Moussa Dembélé, on loan from the French Olympique de Lyon.

The rojiblanco team gave out several young people in search of minutes: the youth squad Manu Sánchez left on loan to Osasuna, an option that had already been valued in summer; the Serbian Ivan Saponjic to Cádiz, after a year and a half almost unnoticed; and Germán Varela, renewed and loaned to Tenerife. Víctor Mollejo changed his loan, from Getafe to Mallorca, and Cedric Teguía, from Oviedo to Albacete.

His two pursuers, both Barcelona and Real Madrid, opted for offer exit paths, but no endings. The culé team yielded midfielder Carles Aleñá to Getafe and Frenchman Jean-Clair Todibo to French Nice as the only movements in the entire January market.

For its part, Real Madrid had a little more activity, all focused on departures: German Luka Jovic returned to Eintracht Frankfurt on loan -where he has scored three goals in four Bundesliga duels-, Norwegian Martin Odegaard was transferred. to English Arsenal, and Japanese Take Kubo changed the destination of his loan: from Villarreal to Getafe, where he has already had four chances.

Without a doubt, the great addition to this January market has been for Sevilla: Argentine midfielder Alejandro Darío ‘Papu’ Gómez, signed for three and a half seasons from the Italian Atalanta in exchange for 5.5 million euros. The Seville team started the battering ram Carlos Fernández, transferred to Real Sociedad for 10 million, and the Dutch Oussama Idrissi, on loan to Ajax.

The ‘txuri-urdin’, who loaned Willian José to English Wolverhampton, were one of the few teams that made additions with the arrival of Carlos Fernández, together with Villarreal, who signed French midfielder Étienne Capue from English Watford; and Celta de Vigo with the signings of Argentines Augusto Solari (Racing de Avellaneda) and Facundo Ferreyra.

The Uruguayan Lucas Olaza left Balaídos for Valladolid, although on loan from the Argentine Boca Juniors with a purchase option.

The buzzword this January in LaLiga Santander was the assignment: in times of lean cows the loan is customary, beneficial both for the club that needs to be strengthened and for the player or players looking for a change of scenery to receive new opportunities.

In this dynamic, Valencia stood out, who in the last days obtained the cessions of the Italian striker Patrick Cutrone (Wolverhampton), the Portuguese defender Francisco Reis ‘Ferro’ (Benfica) and the Uruguayan half Christian Oliva (Cagliari); also Getafe, who fished in Real Madrid (Kubo), Barcelona (Aleñá) and Villarreal (to Moroccan defender Soufiane Chakla).

A good number of loans were also obtained by Cádiz, which reinforced its attack with the rojiblanco Saponjic and the Valencian player Rubén Sobrino; Osasuna (the athletic Manu Sánchez and Jonás Ramalho, from Girona), and Valladolid, who captured Kenan Kodro from Athletic.

Levante, who did not sign any arrival, but gave Koke Vegas exit to Mallorca, while Betis, who also did not receive any player, agreed to transfer Paraguayan Tonny Sanabria to Italian Torino, in exchange for 7 million euros.

Barça knocks Ademar down and wins the Cup