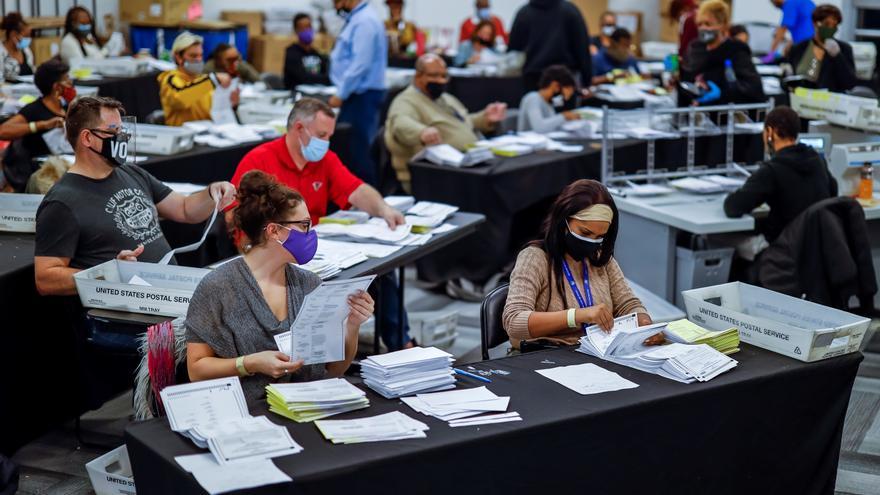 The pandemic in which we find ourselves has affected us in countless aspects of our lives. Elections are no exception. Faced with COVID-19, many countries, states, regions or municipalities have had to decide: to hold the election or not. From February 21 of this year to November 1, with data from the International Institute for Democracy and Electoral Assistance (IDEA), at least 73 countries have either postponed their national or sub-national elections due to COVID-19, while in at least 80 they have been held despite it.

Among those who postponed the election due to the pandemic, several held it weeks or months later. For example, both the Basque and Galician elections in July were to be in April. The Polish presidential elections were expected in May, but they took place between June – the first round – and July – the second. Similarly, in Uruguay the venues were scheduled for May and took place in September. Similarly, in New Zealand, elections were held on October 17, but were scheduled for September 19.

However, in other places elections or referendums have been suspended indefinitely or until further notice. Without being exhaustive, this is the case of Peru -locals were expected in March-, Kyrgyzstan -locals in April-, Armenia -the referendum was playing in April-, Gabon -partial legislative in April-, Oman -locals in May-, Chad -legislative in June-, the Swiss cantons of Neuchatel, Tizino and Lucerna -local in March-, of Scotland, where some partial local elections had to be held in March and April.

It seems that the decision to hold or postpone the election does not respond to reasons of economic development or of relation to representative democracy. Both rich and poor countries as well as young, more established democracies or dictatorships have made all kinds of decisions (although probably with different justifications and criteria).

In fact, Australia is perhaps the most curious case because all the behaviors described above are observed in a single country. In July, a by-election was held in the Eden-Monaro federal electoral district in the state of New South Wales. In that state – Sydney is the most important city – it should have held local elections in September, but the authorities decided to postpone the elections for a year “to address the risks posed by the COVID-19 virus.” By contrast, in the Northern Territory and the Australian Capital Territory, legislative elections were held in August and October respectively. Perhaps the most curious case is the state of Queensland, with a population of just over 5.1 million inhabitants and 3.3 million voters: on March 28, local elections were held in more than 70 municipalities and the August 31 were the state ones.

The March election in Queensland was held at the peak of the pandemic. It is important to recap the data for the argument. The electoral period begins on February 22 and the World Health Organization declares the pandemic on March 11. The Electoral Commission of Queensland (ECQ) decides to proceed with the election based on a principle, an observation and a concrete action. The principle is that elections provide the continuity of democratic representation and are facilitators of such representation. The observation made at that time is that voting does not carry greater risk than any other daily activity. And the action is that greater prevention and hygiene measures are taken.

The peak of the pandemic in Queensland was 78 cases four days before the election and 70 on March 28. Until then, 625 cases had been reported. Obviously, the Queensland figures are not comparable to those of Spain or the rest of Europe – although those of Melbourne were for weeks, forcing more than 5 million people into confinement for 111 days, one of the toughest confinements in the world. Had we had the numbers for Melbourne or Madrid, we do not know what would have been decided to do about the elections in Queensland.

If the pandemic were a hole from which we emerged soon, what has been said so far would be useful information about what different countries, regions and municipalities have decided. I hope it’s just that. However, if this virus stays with us for longer or another hits us, we must consider in advance when we are going to vote and how we are going to do it.

Considering this context, in my opinion, there are two principles to consider that encompass the when and how. The first principle is the same as that of the ECQ but expressed in a different way: we must preserve and exercise our right to vote within the maximum period we have, which in Spain is 4 years. Obviously, also if the regional or central governments decide to alter the electoral calendar, it is their prerogative.

The second principle is that both the health of citizens and electoral personnel must be protected, which in Spain is usually by lottery and is our neighbors. How to guarantee said security with the current contagion figures? One possibility would be through electronic voting. But this option presents access, understanding, security and logistical problems that are likely to be accentuated in a pandemic.

A more pedestrian but established possibility would be to organize elections by mail, as has already happened in the state of Oregon in the United States since it was approved in 1998 and implemented in 2000. There you can only vote by mail. All voters automatically receive an envelope with instructions on how to vote, the ballots, and postage paid.

Could we all vote by mail in Spain? Certainly some laws should be reformed. But yes in 2011 the Constitution was modified very quickly For something that very few had asked for, some laws may well be changed so that we can all vote and do so safely.